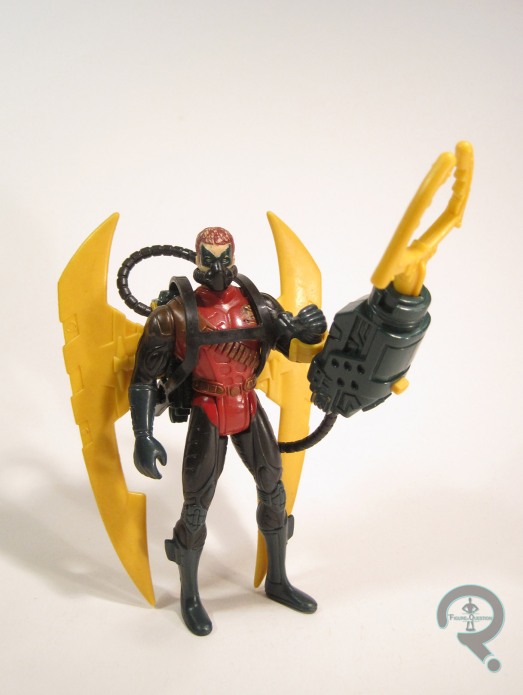 So, yesterday’s post was about my very first action figure, Batman.  And, because a hero’s no good without his sidekick, here’s my very first figure of his old chum: Robin.

Hydro Claw Robin is a Robin variant from the Batman Forever line.  He’s actually a fairly standard looking Robin, though he’s not THE standard looking Robin of the line.  His main feature, now lost to me, was a jetpack with wings, a rebreather, and the eponymous “Hydro Claw.”  It’s really unfortunate that I’ve lost this piece, as I recall that it was really quite cool, but alas, 4 year old me was not very good at keeping track of such things!  Even without the accessory, this is still a pretty stand up version of Robin, even if it is based on the utterly terrible Chris O’Donnell.

This figure is a good deal less of a mystery than the Night Hunter Batman.  This guy was a gift from my dear Aunt Susan for Christmas 1995.  I had asked for a Robin figure to prevent my caped crusader from being too lonely, and she was more than happy to oblige.  Christmas morning I opened this guy up and joyfully danced around the room for a good 5 minutes, humming the Batman theme song.  I know, that story is so sweet it almost hurts, doesn’t it?