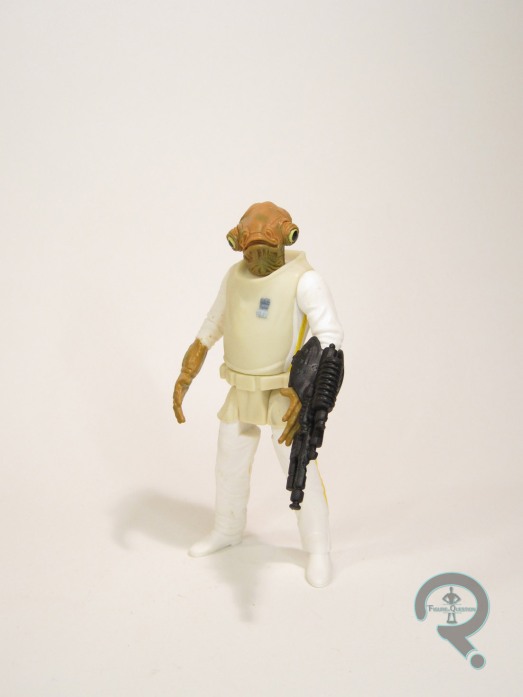 “A respected member of the Mon Calamari species, Admiral Ackbar serves as a senior Rebel Alliance adviser. He commanded the attack on the second Death Star from aboard his personal flagship during the Battle of Endor.”

It’s a trap!  Sorry, I think I’m contractually obligated to start every Admiral Ackbar review that way.  Just no way of getting around it.   So, now that it’s out of the way, let’s just have a looks-y at this here Admiral Ackbar figure! 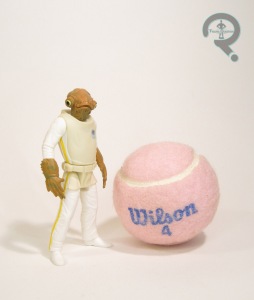 Admiral Ackbar was released in the 1997 assortment of Power of the Force II figures.  He was Ackbar’s second figure, following his original vintage release.  The figure stands 3 3/4 inches tall and he has 6 points of articulation.  Ackbar was sporting a brand-new sculpt, and as a more inhuman character, he’s got perhaps one of the most accurate sculpts from this era of the line.  There’s a ton of detail going on in the head and hands, and it looks really good.  Honestly, I’m not even sure that more recent figures have topped this.  Definitely some top-notch work going on here.  The rest of the body is fairly basic by comparison, but that’s in keeping with how Ackbar’s design worked in the movie.  His proportions are a little bit bulked up when compared to the movie, which was of course in keeping with the rest of the line.  That being said, he’s not that far removed, and I think some of the differences can be written off as simply making for a somewhat sturdier toy.  The paintwork on Ackbar is actually quite complex for the time.  The head and hands have quite a bit of subtle accent work, making them look more properly skin-like, and accenting the already quite detailed head.  Ackbar was packed with a wrist-mounted blaster.  Fairly certain he doesn’t sport this one in the movie, but I guess we can’t blame them for trying, can we?

Ackbar was not amongst the figures I had growing up.  I think I just didn’t really have an appreciation for the character until I was a bit older.  He’s one of the more recent additions to my collection, grabbed during one of Lost in Time’s sidewalk sales.  The figure is definitely one of the best figures from PotF2; his more alien design allows for a figure that’s aged quite a bit better than the rest. 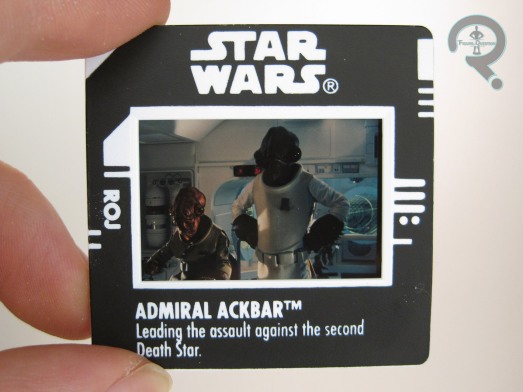