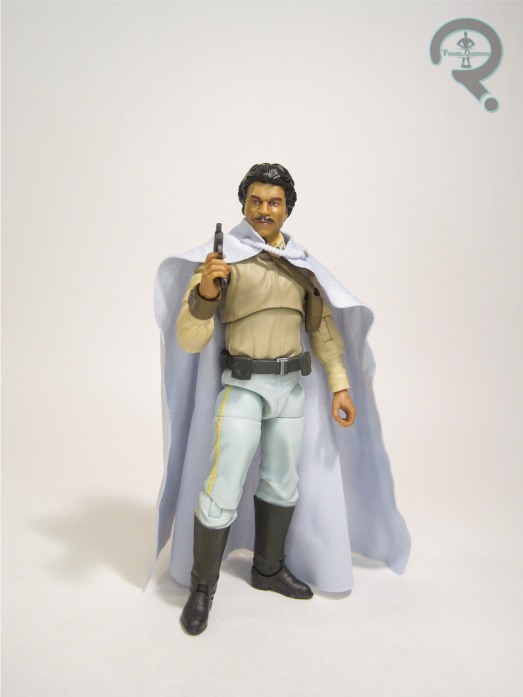 “Lando Calrissian served as a general in the starfighter attack on the second Death Star, showing off his superb piloting skills by guiding the Millennium Falcon into the Death Star superstructure.”

Lest you may think that Hasbro has given up on the Original Trilogy coverage for The Black Series, have no fear, our one token OT item is here!  It’s time for another Lando that people will beg for and then not buy once he’s actually available, until he sells out and they claim that Hasbro didn’t make enough.  Ooh, sorry, there might be some in-built aggression there.  When last I was discussing Lando, in the summer of 2020, I had brought up the character’s general’s gear from the end of Return of the Jedi.  Well, would you look at that?  I’m gonna be looking at that one again! 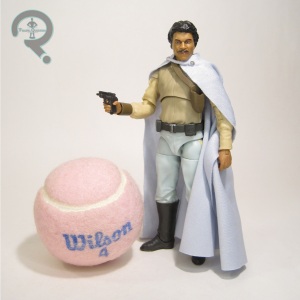 General Lando Calrissian is figure 07 in the Return of the Jedi-sub-set of Black Series Phase IV, placing him right after the deluxe Boba Fett numerically in the sequence.  He’s the last figure in the late 2021 assortment for the line, and, as noted in the intro, the only Original Trilogy-based figure in this round of figures.  The figure stands just over 6 inches tall and he has 27 points of articulation.  In terms of movement, Lando feels like a bit of a step back.  The range on the joints isn’t terribly, but they’re not particularly well worked into the sculpt, and he misses a number of the steps forward on how the joints are assembled.  In a lot of ways, he kind of feels like an older sculpt that was sitting around.  That being said, his sculpt is an all-new one, even if it doesn’t necessarily feel it.  The head gives us another stab at the Billy Dee Williams likeness.  It’s not as good as the Disguised Lando, but it’s better than the initial Bespin version.  None of them have really been all that bad, so he’s generally made out alright in this category.  The body sculpt captures all of the design elements for his uniform. Pretty much, it does exactly what it needs to, and leaves it at that.  Not a ton of detailing or anything, but it looks decent enough.  While the Bespin Lando got a plastic cape, this one goes for a cloth piece, and it looks decent enough.  It’s held in place with a plastic clasp, which has trouble sitting just right.  It’s certainly an improvement on how the Vintage Collection release handled things, though.  Lando’s paint work is pretty straight forward stuff.  The printing on the face works well, and all of the base color work on the uniform is what it needs to be, much like with the sculpt.  Lando is packed with a blaster pistol, which he can either hold, or stow in his shoulder holster.  It feels a bit light, but that’s really just Black Series these days.

Of all the figures in this assortment, Lando was the one that excited me least.  He feels kind of overdue at this point, I guess, but it’s also not like we haven’t seen this look in plenty of other styles.  With a bunch of actually new offerings for the rest of the set, and this not being one of my personal favorite looks for the character, he just doesn’t thrill me.  The figure’s fine.  He does what he needs to, and he gets Lando back out on shelves, which is far from the worst thing. 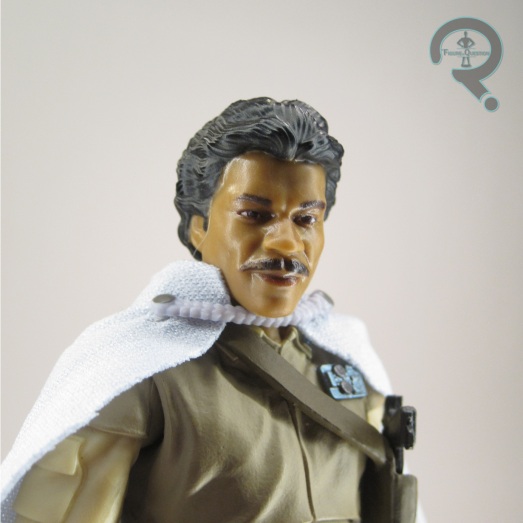