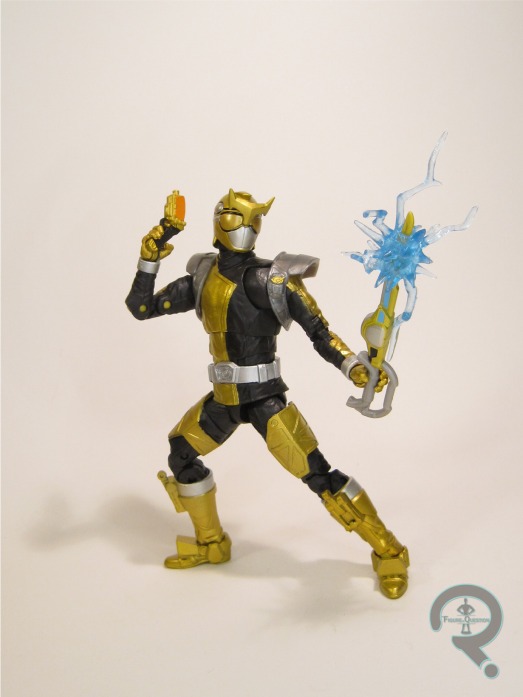 So, the thing about Power Rangers is that the sixth rangers are always the coolest part of any given season of the show.  The other thing about Power Rangers is that the term “sixth rangers” refers to any of the additional rangers added after the start of the season…which means it might refer to the fourth or fifth ranger, in actuality.  Case in point?  Today’s “sixth” ranger, the Beast Morphers Gold Ranger! 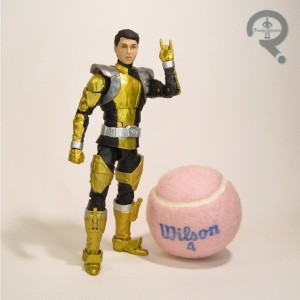 Beast Morphers Gold Ranger is part of the second series of Power Rangers: The Lightning Collection, one of two Beast Morphers in the line-up, as well as one of two Sixth Rangers in the line-up.  He’s also the most currently relevant figure in the set, being very recently introduced in the show and all.  The figure stands 6 inches tall and he has 34 points of articulation.  He’s sporting another all-new sculpt, which appears to be fairly faithful to the show.  I myself must admit to not having watched the show myself (I didn’t really keep up with things post Time Force), but he looks fairly accurate from what I’ve pulled up online.   The design is, in my opinion, one of the strongest of this particular iteration, and to my eye calls out a lot of similarities to Kamen Rider.  Similarities to Kamen Rider are never a bad thing, so that works for me. I’m not the biggest fan of the boots, but that’s just me being picky, I suppose.  The construction on the figure is mostly pretty solid, with just one overlay piece for his shoulder harness; it’s free-floating, which is better for the figure’s posability, so kudos to Hasbro for leaving it un-affixed.  The paintwork on this guy decent for the most part, though not completely without its issues.  The coverage on his visor is a bit inconsistent (and this was the better option of the two figures I had to chose from).  The other paintwork isn’t that bad, though, so the overall appearance is passable.  The Gold Ranger is packed with an unhelmeted Nate Silva head, his striker morpher in blaster mode, his striker saber, an effect piece for it, and two pairs of hands.

The thing about this Gold Ranger is that he’s not the one I wanted.  Like, I mean him no offense, but my favorite sixth ranger is the original Gold Ranger, you know, the one from Zeo.  That one was an SDCC-exclusive this year, and I therefore didn’t get it.  This one was announced shortly after, and prior to seeing the pictures, I had a brief glimmer of hope that he might be a quickly turned around re-issue.  Then this guy showed up instead.  And no, he’s not technically what I wanted, but that’s admittedly not his fault, and it doesn’t stop him from being a good figure either.

I grabbed the Gold Ranger from All Time Toys.  If your looking for other toys both old and new, please check out their website and their eBay storefront.