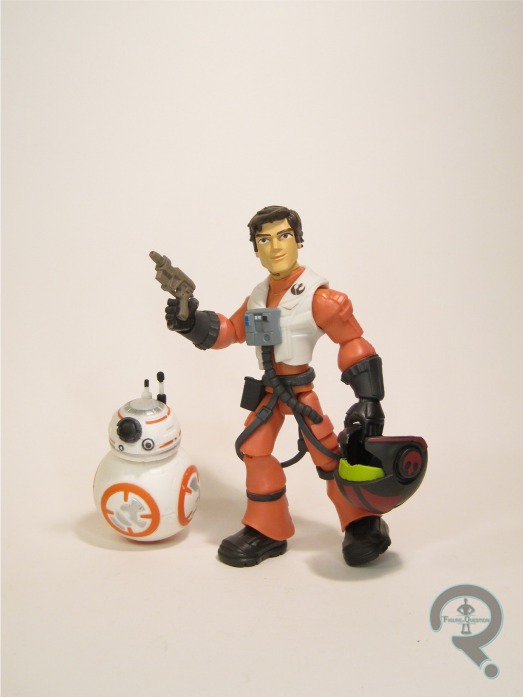 So, hey, you know what Friday was?  Yeah, it was Triple Force Friday!  The third “Force Friday” event since the sequel trilogy launched.  It was uhh…it was…well, it happened.  On a Friday no less.  Despite much promotion, it was easily the most anticlimactic and underwhelming event of the three events so far.  So underwhelming in fact that today’s item isn’t from Triple Force Friday at all!  Instead it hit at the end of this summer.  And yes, it’s a Poe Dameron figure.  Contain your shock, please. 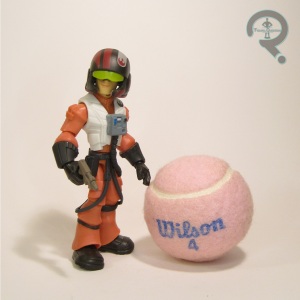 Poe Dameron is figure 11 in the Star Wars branch of the Disney Store-exclusive Disney Toybox line.  This line started back in 2017 as a way for Disney to salvage some of the assets from their failed Disney Infinity game.  Seeing as Poe had a figure in that line, and they already had his render on file, it’s not a majorly huge surprise that he made his way in here. What’s ever so slightly surprising is that he made it into the line before Finn, who tends to get the secondary status of the new trilogy’s trio.  I mean, I’m not complaining about getting a Poe, or anything, so it’s not a big deal.  Poe’s Infinity figure was in his flight suit, and while some of the Toybox figures have changed up the character models a little bit, he did not, so flight suit it is.  Admittedly, not the worst choice, since it gives the figure some overlap appeal between movies.  The figure stands a little under 5 inches tall and he has 25 points of articulation.  Poe makes out quite well on the articulation front, especially if yoyr used to things like the Elite Series, which were pretty limited.  Apart from some slight stiffness on the torso, there’s not much he can’t do.  His sculpt is obviously quite stylized, just like the Infinity figure was.  It’d definitely a bit more on the goofy side, but it does have that sort of classic Disney appearance to it, and it means that all of the figures in the line will look pretty good together.  Despite the cartoony nature, Poe’s head actually sports an alright likeness of Oscar Isaac, albeit in a very cartoony fashion.  There’s some pretty decent detail work throughout the figure, and he looks nice and clean.  The paintwork is all rather basic, but it does its job well, and looks the part.  There’s not real slop or bleed over, which is an area that some of the Disney in-house stuff has had issues with in the past.  Poe includes three accessories.   The first is his helmet, which is honestly the least impressive.  It’s a bit oversized, and it has an opaque visor, meaning it’s not ideal for actually keeping on the figure, versus just having him hold it.  He also includes a small blaster pistol, which is decent.  His last, and by far most impressive extra, is BB-8.  It’s fairly standard fair for BB-8, but cool nevertheless.

My keyboard on my laptop decided to spontaneously stop working, so I had to take it to the mall to get it fixed.  While there, I found out the warranty was going to cover the repair, meaning I didn’t have to drop the couple hundred dollars I thought I would.  To celebrate that, I swung by the Disney Store and found this guy, who I didn’t even know had been released.  I’d not yet given Toybox a try, so this figure seemed like a good starting point.  I can’t really see myself getting super invested in any other offerings, but as another Poe figure, it’s really not bad.