“An assassin and elite mercenary, Fennec Shand has worked for all the top syndicates. Clever, capable, and cunning, she is not to be underestimated and is full of surprises”

Though seemingly killed halfway through her debut appearance in The Mandalorian‘s first season, Ming-Na Wen’s charismatic bounty hunter Fennec Shand proved far too good a character for a throwaway role. A cryptic end of the episode teaser hinted at a possible return, and the second season would reveal that Fennec had been saved by none other than Boba Fett. After a few more episodes of The Mandalorian, she returned once more as a main character in The Book of Boba Fett, which was as good a spot as any for her to get some toy coverage.

Fennec Shand is the first figure in the Book of Boba Fett sub-line of Star Wars: The Black Series. She was part of the first assortment of 2022, alongside a bunch of non-Book figures. Thus far, she and the deluxe Boba are the only figures under the branding. The figure stands about 6 1/2 inches tall and she has 30 points of articulation. The articulation is standard for modern era Black Series. Her sculpt is all-new. It’s a pretty solid offering. The head sculpt has a respectable likeness of Ming-Na Wen, as well as matching pretty well with the design for the character. The body sculpt is a nice, clean recreation of her show design,

with respectable proportions and sharp detailing. The paint work on Fennec is a good offering. The base work is all fairly cleanly applied, and her face makes alright use of the face printing. It seems a touch offset on all of the copies I’ve seen, but not so bad as to look too wonky. Fennec is packed with her helmet and her sniper rifle, which features a removable strap. The helmet fits well on the head, and she can hold the rifle nicely and securely.

I liked Fennec from her first appearance, and I was very glad when she returned on the show, as well as with her follow-up on Book. Her figure took its time getting here, but I feel she was worth the wait. Not everything is perfect, but she’s very cool, and another great addition to the growing Mando cast. 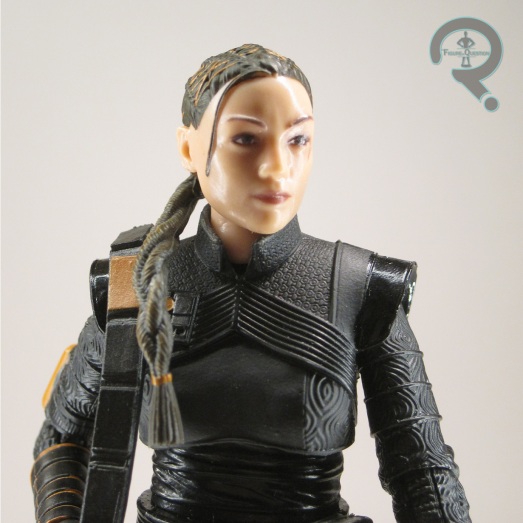