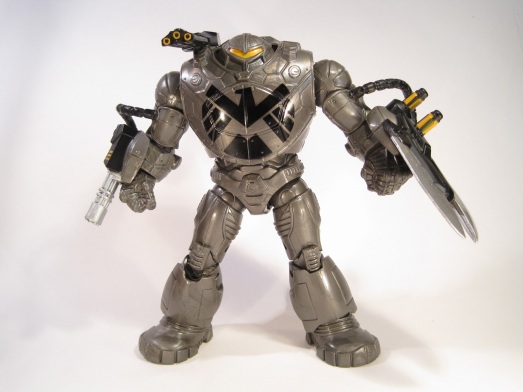 I think I’ve probably said all I can about the awesomeness that is Captain America: The Winter Soldier. If you still haven’t seen it or don’t agree, there’s probably no helping you at this point. You’re just doing it wrong. If you’ve been following the site, you know I just picked up Hasbro’s most recent set of Marvel Legends, meant to coincide with the film. I’ve been pretty happy with them so far, and I was definitely for the line’s Build-A-Figure, based on the Mandroid. Quick sum up on the Mandroid: it’s battle armor worn by certain SHIELD Agents in big battles with super-humans. It’s super cool. Let’s see how the figure fairs, shall we?

The Mandroid was released as the Build-A-Figure for the Captain America: The Winter Soldier Marvel Legends Infinite Series line, with pieces packed with six (technically eight, with the swap figures) figures over the course of two series of the line. The figure stands about 7 inches tall and features 28 points of articulation (29 if you count the mounted gun). The Mandroid seems to be loosely based on the classic Mandroid design, with a movie-style flair added to it. It’s a strong enough design, but I wouldn’t mind seeing it in the more proper gold color scheme somewhere down the line. The figure makes use of the Iron Man 3 Marvel Legends Iron Monger Build-A-Figure’s legs and lower torso, as well as slightly tweaked versions of that figure’s arms, all coupled with a brand new head and upper torso. The re-use all works well for the design, and seems to fit pretty seamlessly with the new parts. The newer pieces look pretty spot on to the classic Mandroid design. As seems to be a running theme with this series, the figure’s sculpt is let down a bit by the paint application. The figure is mostly molded in the appropriate silver, so there are no issues with those parts, but the black paint shows a few areas of bleed over, and the yellow paint is just plain messy. The visor on the head has serious amounts of bleed over on the outlying areas. The left arm gets it the worst, with the yellow bits barely even lining up with the sculpted lines they’re meant to follow, plus a general inconsistent coating, and random blotches of yellow in incorrect places all over the arm to boot! Fortunately, the yellow is a rather minor part of the figure, and most of the offending areas aren’t oft seen, but the visor is utterly inexcusable. The sculpt of the figure is impressive enough that I’m willing to overlook the paint, but the figure could have been so much more impressive if they had been a bit more careful.

If you’ve been following my previous reviews of the CA:TWSMLIS line, then you pretty much know how I acquired this figure. It’s not terribly exciting, but it did lead to me picking up some figures I wouldn’t have otherwise in order to get Mandroid pieces. So, was it worth it? Well, there are some serious issues with the figure’s paint, which really let me down, but overall, I’d have to say yes, the figure was worth the extra purchases. The Mandroid is a cool design, regardless of the issues the figure faces, and the excess figures were overall acceptable. Honestly, this is probably the happiest I’ve been with a full set of figures in a fair bit of time! 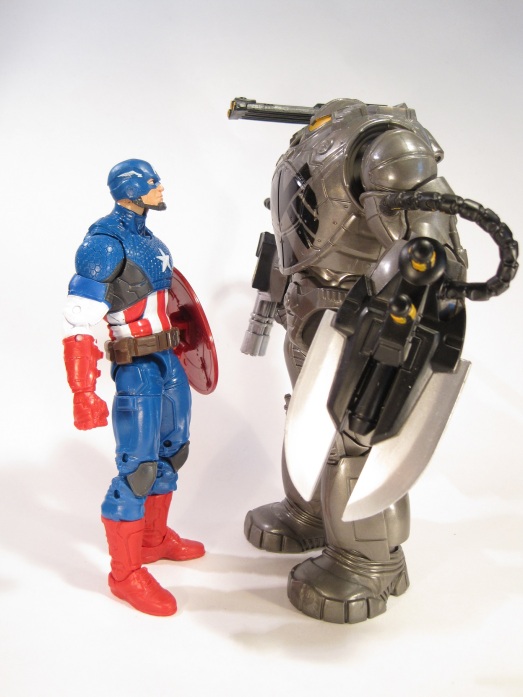