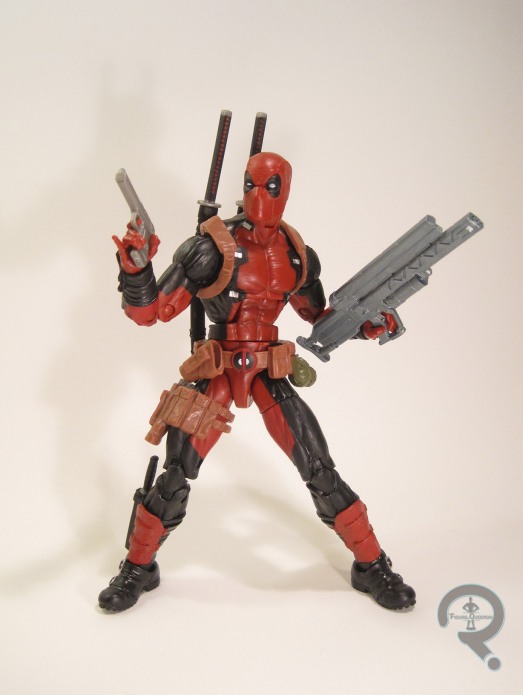 Just a few weeks ago, I took a look at most of the latest set of X-Men-themed Marvel Legends.  I got all of the figures necessary to complete the build-a-figure, but there was still one more figure I didn’t have at the time, so he didn’t get reviewed.  But now I’ve got the figure, so why not give it a review?

It’s worth noting that I run hot and cold with Deadpool.  I was never really into him in the ‘90s, since he was still sort of being formed at the time.  I had a few of his figures from the old X-Force line, and they were cool and all.  I was actually pretty into the character around the time of Ultimate Alliance (where he was one of my favorite characters to play), and picked up a couple of his comic book runs over the years. Then he sort of did the Wolverine thing and became really really popular really really fast, and certain parts of the character got more exaggerated, and they happened to be the parts I was a little less fond of.  But, you can’t deny he’s a popular guy, and his latest Legend seems somewhat over due. 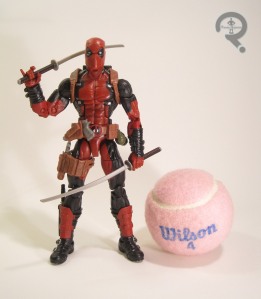 Deadpool is the last figure in the Juggernaut series of Marvel Legends. He’s the only figure in the set not to include a piece of the unstoppable guy, which was probably a good idea, since it allows Deadpool fans to buy just the one figure without getting the random piece and it allows fans wanting to complete Juggernaut to not have to worry about tracking down what is undoubtedly the most popular figure in the series.  Deadpool has sported more or less the same design for most of his 25-year career, but there have been a number of minor changes here and there over the years.  This figure is based on the character’s most recent Marvel Now! look.  It’s a pretty good design, offering fans without prior Deadpool figures a basic Deadpool, while also offering something new for the older collectors.  The figure is 6 1/4 inches tall and he has 32 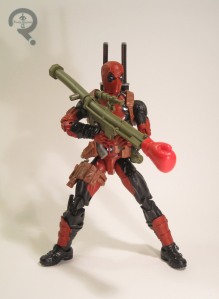 points of articulation.  Wade is built on the Bucky Cap body, which is a good fit for him.  He has a unique head, forearms, hands, shins and feet, as well as add-ons for his harness, belt, and thigh holster.  The new pieces blend well with the base body, and they offer a lot of really fun character-specific elements, from the slightly askew eyes, to the pinky-out trigger finger.  Clearly a lot of fun was had sculpting this guy.  Though he’s built on one of the most common base-bodies in the Hasbro stock, he actually feels incredibly unique.  Deadpool’s paintwork is pretty standard Legends faire, but it’s worth noting that, like the rest of this series, the application is a lot cleaner than some of Hasbro’s prior attempts.  Hands down, the best thing about this figure is the accessory selection.  Since he doesn’t have a B-a-F piece, Hasbro’s made sure to pack him with a full arsenal, which includes two pistols, a large machine gun, a smaller machine gun, two katanas, a knife, and a rocket launcher (with a boxing glove at the end, because why not).  He also includes an extra unmasked head, and most amusingly, a taco.  Combine that with Spider-Man’s pizza, and the Legends are starting to get some nice food options.

I had sort of resigned not to find this guy, since he was the most sought after figure in an already very sought after set of figures, and I didn’t need him to finish Juggernaut.  After finding Rogue and writing all of the reviews, I figured I was done with this series.  A couple days after the Juggernaut review went live, I was moving into my new apartment, and my parents had stopped by a nearby Walmart to pick up a few necessities.  When they arrived at the apartment, this guy was also in the bag, which was a nice pleasant surprise.  Despite my mixed feelings about the current state of the character, this is a really awesome figure, and caps off what is perhaps the best series of Hasbro’s run with Legends, if not the best series of Legends period. 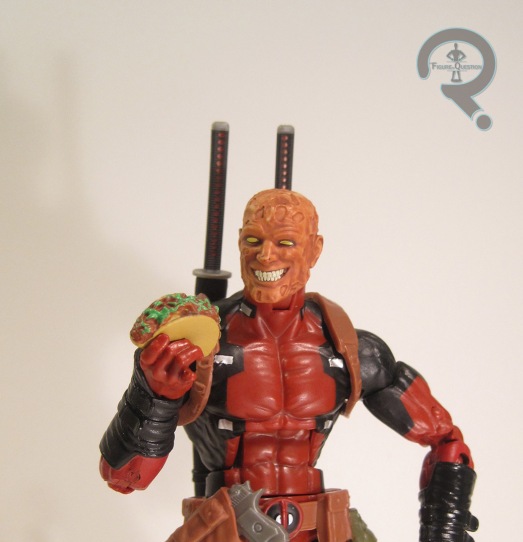