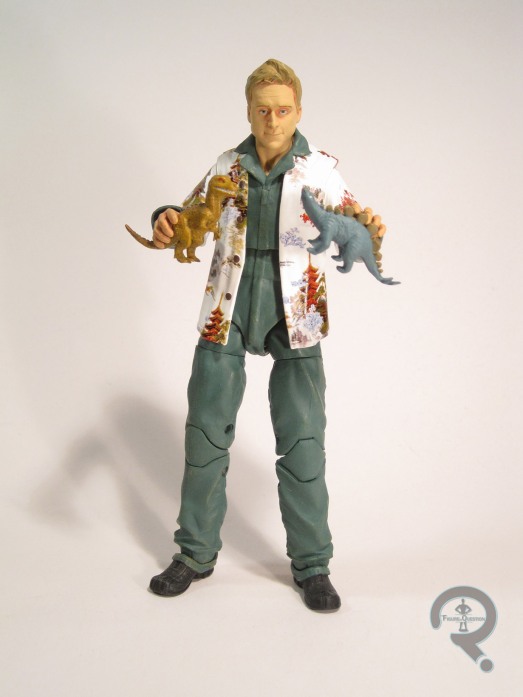 So, last Sunday, I reviewed a K-2SO figure, and the Sunday before that I also reviewed a K-2SO figure.  Well, I’m all out of K-2 figures, but I do have the next best thing.  Yes, it’s that other famous Sci-Fi character played by Alan Tudyk, Hoban “Wash” Washburne!  I’ve already looked at two Wash figures on this site, but there’s one more that I never got around to taking a look at, and he may just be the best one in the lot. 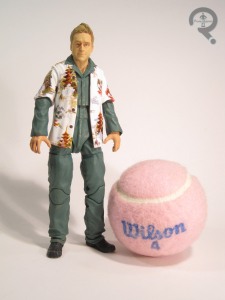 Wash was released as part of Funko’s Firefly Legacy Collection, their third attempt at launching a Firefly line.  There were five figures released, and Wash was #4 in the set.  The figure stands a little over 6 inches tall and he has 26 points of articulation.  While many of the Legacy figures used the same costume designs as their ReAction and Pop! figures, Wash actually got a slightly different look for his Legacy entry (in fact, Wash has gotten a slightly different design for all three of his figures), based on the gear he was wearing in the promotional shots for the series.  In my opinion, it’s the quintessential Wash look, so I’m actually happy to have seen in turn up here.  Wash sports a wholly unique sculpt.  It’s admittedly a little more cartoony than I was expecting, especially after the Game of Thrones and Rocketeer figures, which are more in the style of The Black Series.  There’s a lot of decent work, but there’s definitely a bit of stylization going one here.  This is especially evident when it comes to the likeness on the head, which certainly encapsulates the figure and does bear a resemblance to Alan Tudyk.  That being said, there’s just something off about the look.  Like, they got all the obvious details of the likeness, but missed the more minor bits that really seal the deal.  So, while the figure looks like Wash at first glance, it starts to be less on the nose when you take a closer look.  The figure also feels rather narrow shouldered, but this is actually a common issue with the Legacy figures.  Lastly, there’s the hands, which are rather on the large side, but there’s actually a reason for this, which I’ll touch on in the accessories section.  The paintwork on Wash is pretty good overall, though not perfect.  It’s about on par with prior Legacy figures.  The colors are well chosen, and detailing on the clothes (especially his shirt) is top notch.  The head is alright, but a little messy.  I do like the variation to the skin tone, though; it makes him look more lifelike than, say, the GoT figures.  Wash is packed with a pair of toy dinosaurs (because what else would you give him?).  The hands have been slightly enlarged to better hold the dinos, which they do very well, certainly well enough that it doesn’t bug me how large those hands are.

I took my sweet time getting this guy.  When Funko picked up the Firefly license, I was very excited.  I ended up picking up a full set of the ReAction figures, despite them not necessarily being my preferred style, in the hopes of getting the whole crew at some point.  Then Funko sort of gave up on the ReAction figures, and released the Pop! figures, however, they once again released the same five characters and no one else.  Then they announced the Legacy figures, which was really the style I wanted to begin with.  Problem?  Same. Five. Characters.  As cool as the figures were, I had trouble spending $100 and ending up with yet another incomplete line-up.  Over the summer, I ended up finding this Wash figure at Think Geek’s brick and mortar store in the Westminster Mall, for just half of his original price, which was enough encouragement for me to pick him up.  Wash isn’t bad.  Is he perfect?  No. Is he enough fun that I’m glad I got around to picking him up?  Yes, yes he is.