BRUCE LEE – ASCENSION OF THE DRAGON 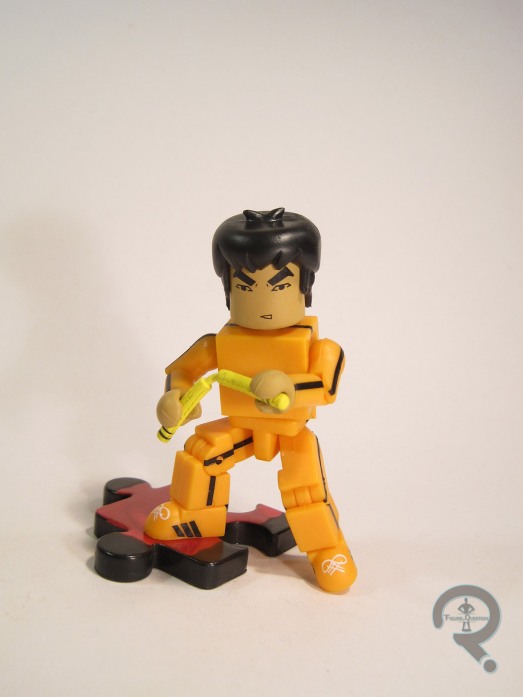 Okay, let’s take a brief break from all this Star Wars stuff, and have a look at something else I like to review a lot: Minimates!  I’ve spoken a few times about the genesis of the current gen Minimates, and how the line was initially much larger in scale, and a bit smaller in scope.  Back in April, I actually took a look at my first 3-inch Minimates, based on 2000’s Crouching Tiger, Hidden Dragon.  In a similar vein, today’s review takes a look at another of the earliest licenses to grace the Minimate form, Bruce Lee!  There were four different Bruce Lees available, each based on a different movie.  Today, I’ll be looking at the “Ascension of the Dragon” version of Bruce.

Bruce was released in the first and only (well, only to be released anyway; there was a second series of figures planned) series of Bruce Lee Minimates.  All four figures in the set were released both tubed and carded, but the figures within the packaging were essentially the same.  Now, this figure is titled “Ascension of the Dragon,” but his look is based on Lee’s character Hai Tien from Game of Death (the movie Lee was filming when he died, and thus never completed).  It’s the source of the yellow and black-striped jumpsuit that so many other forms of media have parodied since, and it’s kind of the defining Bruce Lee look, so it’s definitely a very solid choice for one of the four ‘mates produced.  The figure stands a little over 3 inches tall and has 14 points of articulation.  He’s built on the old 3-inch ‘mate body.  As I noted in my CTHD review, the body is very similar to the modern-day 2-inch body, but it has a few marked differences, and sort of shows some of the Minimate development process.  The figure has one add-on pice for his hair.  It’s obviously a lot more basic and geometric than more recent ‘mates but it does a suitable job of summing up the general look that Bruce had in the film.  The rest of his details are handled via paint.  As with pretty much every early ‘mate, the level of detail is definitely more on the simple side of things.  That being said, what’s there is very sharply detailed, and even with just a few scant details, the face does quite a nice job of conveying Lee’s likeness.  The ‘mate included a pair of nunchucks, a green pointed stick, and one of the weird puzzle piece things that all the early ‘mates included.

I didn’t get this guy new.  Of course, unlike the CTHD ‘mates, this is actually the sort of figure I might have actually picked up new, but I just never got around to it.  I ended up getting this guy at a flea market (the same one where I got Thallo and Savage Dragon, and in fact the same one where I got the CTHD ‘mates as well).  He’s certainly a fun figure.  Very different from modern ‘mates, but in a way that’s not of a lower quality, just a different one. 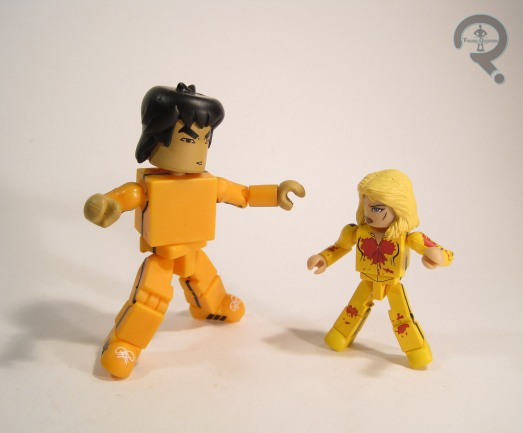