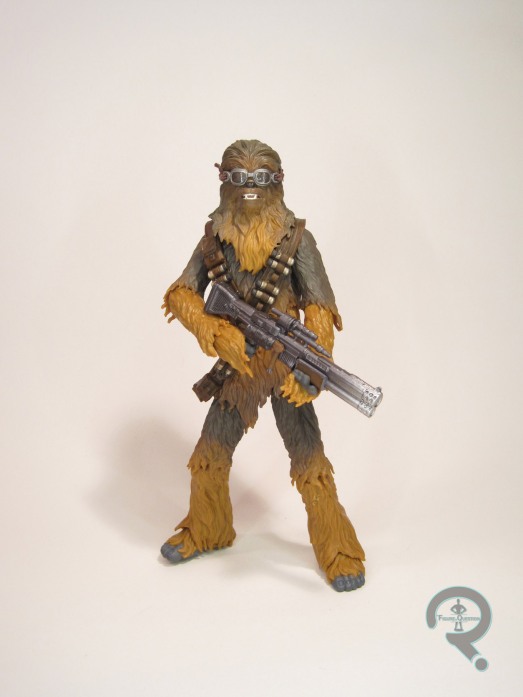 “A mighty Wookiee nearly two centuries old, Chewbacca has fallen upon hard times during this age of the expanding Empire.”

I broke my rule about the clones, but I also had this other rule with the Black Series, where I was going to avoid minor variations of the same characters.  Now, technically Vader was the first one I broke the rule for, but that was a slightly special case.  I stayed true with Chewbacca and didn’t buy the Force Awakens variant.  Well, Solo broke me, what can I say.  Was he worth it?  Let’s find out! 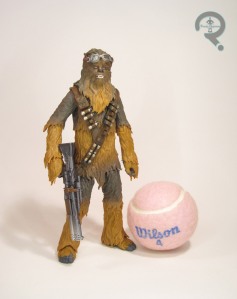 Chewbacca was released right around the same time as the rest of the Solo product launch, but the comparatively soft roll-out of the Solo product compared to prior movies meant that he just started showing up in some places very recently.  He’s not part of the main line-up, but is instead a Target exclusive.  Chewbacca stands 8 inches tall and he has 27 points of articulation. Unsurprisingly, given his generally consistent look over the course of the film’s, this Chewbacca figure shares a lot of parts with the original Black Series release, namely everything but the head, upper torso, and bandolier. I was rather critical of the sculpt back when it was new, and I still stand by those critiques.  There are just some issues that are inherent to the process of adapting a design like Chewbacca’s into a highly articulated plastic figure.  There are going to have to be some compromises, and they do have negative impact on this sculpt.  With all that said, I think this figure does a lot to salvage the sculpt.  The new head is really strong.  While it’s been reworked to allow for the goggles to sit better on his face, he actually still looks pretty good without the goggles in-place.  In fact, he makes a for a decent approximation of Chewbacca’s messier hair style from Empire and Jedi, which I’m definitely okay with.  The new torso’s really just a slight change, mostly done to help the new double-strapped bandolier sit better on his shoulders.  But it definitely helps, and as a result, this Chewbacca’s bandolier sits a lot flusher to the body than the first one’s did.  It’s a minor change, but one that does a lot to help the figure.  Minor changes to the sculpt aside, I think the biggest thing that helps this new release is the paintwork.  The first Chewbacca was released during the line’s worst period paint-wise.  While his paint wasn’t *bad*, it was definitely very basic, and lacking in any form of subtlety, which hit that figure pretty hard.  By contrast, this figure’s hitting while the line is at a very high point, and he definitely shows it.  The transitions between shades on the fur are less jarring, and work has been done to keep these changes from being right on the joints.  In addition, he’s far less glossy overall, which only helps in making him look a lot less goofy.  In Solo, Chewbacca hasn’t yet gotten his distinctive bowcaster, so he’s instead carrying a different heavy blaster rifle entirely.  This one’s patterned on the M-60 machine gun (thanks Tim!), which is certainly a fun one.  The piece is very well sculpted and an accurate recreation of the design from the movie.  And, not only does it avoid the usual lack of paint issue, but it’s even got moving parts!  A very impressive piece.  In addition, Chewbacca also includes his goggles from the train heist, which go on and off pretty easily.  Not as impressive as the gun, but fun nonetheless.

I saw Chewbacca fairly early on, back in May, but decided to pass on him at that time.  Of course, then I didn’t see him for a couple of months, so when I came across him again (after having seen and quite enjoyed the movie), I didn’t feel like I could pass him up.  I’m glad I opted to get him the second time around, as he’s a pretty sizable improvement on the last one, and definitely my favorite Chewbacca to date. 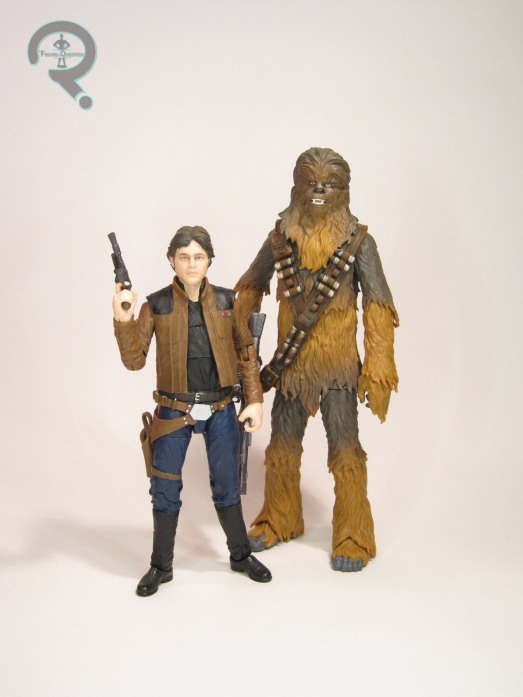