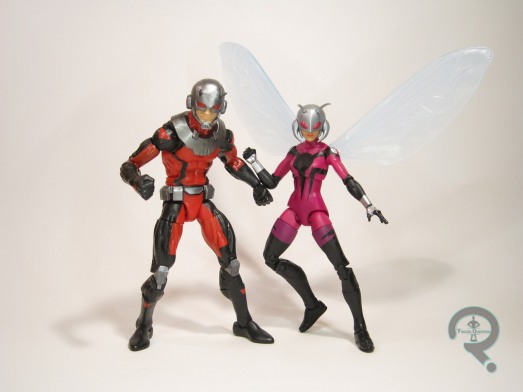 “Both powered by Pym Particles and able to shrink to the size of an ant, Scott and Cassie Lang have more in common than a family name.”

Though still not quite one of Marvel’s top-tier heroes, there’s no denying that Ant-Man’s gotten a bit more prominent in recent years.  Having two movies under your belt will do that sort of thing for you.  It also translates to a greater action figure presence, but it’s only just recently translated to a better presence for the character’s comics incarnation. 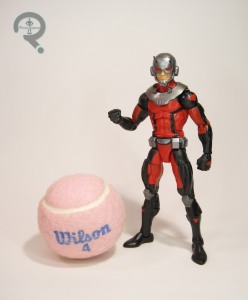 It sure has been a while since we got a comics-styled Scott Lang.  The last one was back during the Toy Biz days (and was, in fact, the first Legends Ant-Man).  This one gives us Scott in his most recent costume, from Astonishing Ant-Man.  It’s a nice melding of his prior costumes, and also has a number of elements in common with the movie designs, so I’m definitely a fan.  The figure stands 6 1/4 inches tall and he has 34 points of articulation.  He’s built on the 2099 body, which is really shaping up to be a favorite of mine.  It’s definitely a good match for how Scott’s classically been depicted.  He actually gets a sizable selection of new parts, which includes his head, torso, pelvis, and knees.  The head is a good match for recent depictions of Scott, and includes one of the least silly-looking takes on his helmet in action figure form.  The other pieces add in the armored elements of the costume, which is an improvement over the painted work from prior figures in the line.  Most impressively, his lower torso is also a new piece, just to give him some slight wrinkles at the base of his belt.  Very true to the way this suit is usually depicted, and a really fun little character detail that could have easily been overlooked.  Scott’s paintwork is pretty standard fair for the line.  The colors have a nice contrast and the red in particular is bright and eye-catching.  There’s a little bit of slop on my figure’s shoulders, but nothing super major.  Ant-Man includes no accessories, which is a slight let-down.  An unmasked head would have really been nice. 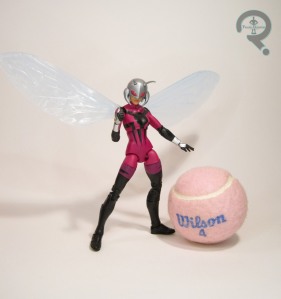 Cassie Lang has never gotten a Legends release before.  She’s gotten one prior figure, which was also in her Stinger identity, although that one was her MC2-incarnation, whereas this figure’s clearly meant to be her more recent turn as Stinger from the main universe.  While I’m happy to finally add Cassie to my Legends collection, and I understand Stinger is her current incarnation, there’s definitely a frustration on my part that after waiting a decade to round out my Young Avengers display, I finally get a Cassie figure, and she’s not in her Stature costume.  Alas, I’ll just have to live with it.  Stinger stands 5 3/4 inches tall and she has 33 points of articulation.  The figure is built on the teen female body, which is not only a pretty decent body, but also a good fit for how Cassie tends to be depicted.  She gets a new head and a slightly tweaked upper torso, and also makes use of the Wasp’s wings.  The head is a solid piece of work, and we get a nice, crisp sculpt on the helmet.  The torso is pretty much just the basic piece, but with the appropriate ports for the wings.  Stinger only has two wings, rather than Wasp’s usual four, so these ones are just the main ones, with the secondary wing pieces removed.  Obviously, it’s an accuracy thing, but it does mean she’s just got empty peg holes where the secondary wings would have plugged in.  That’s sort of frustrating.  Cassie’s paintwork is overall pretty decent, but there’s a slight issue with the purple on the thighs not really matching the rest of the suit.  Don’t do light over dark, guys! Like her father, Cassie doesn’t include any accessories.  Given that she has far less unique pieces, this is even more frustrating.

I was definitely interested in this set when it was shown off, since I quite like Cassie, and I’ve been hoping for a decent update to Scott for a little while.  Scott’s definitely the star here, being a fun costume choice, and a solid set of new pieces on one of Hasbro’s strongest base bodies.  I would have definitely preferred if Cassie had been Stature instead, but I suppose that would be better served to a BaF release at some point down the road.  As is this figure is a decent, if slightly flawed stand-in.

Since Toys R Us obviously wasn’t a viable option, I instead grabbed this set from my friends over at All Time Toys.  If you’d like one of your own, it’s still in-stock here.  And, if you’re looking for other toys, both old and new, please also check out All Time’s full eBay store front, and take a look at their webstore at alltimetoys.com. 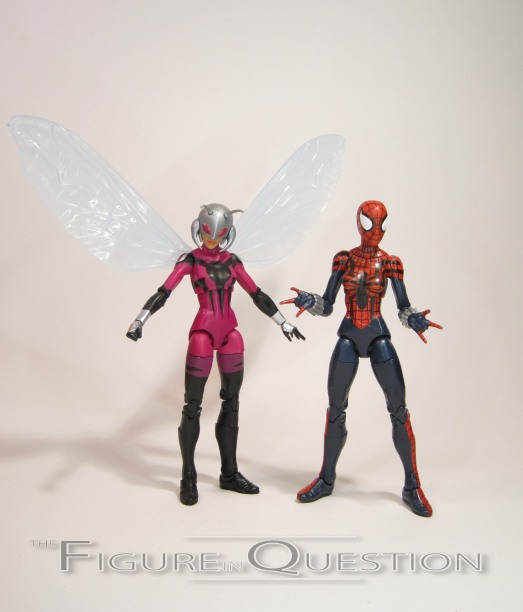