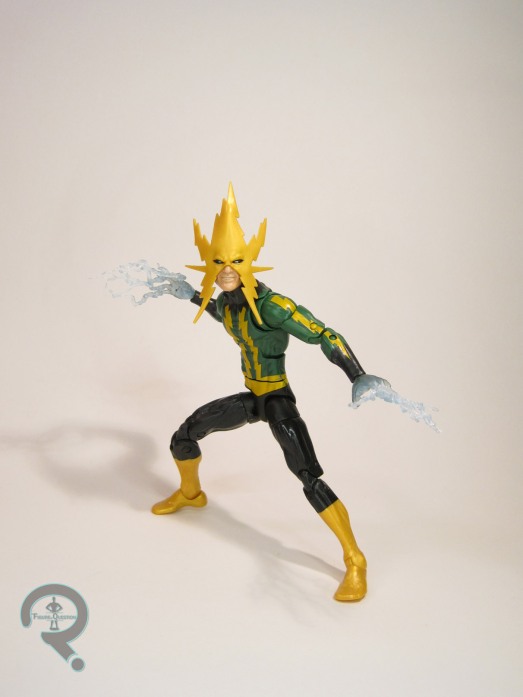 “Powered up and bent on revenge, these menacing villains are powerful opponents.” 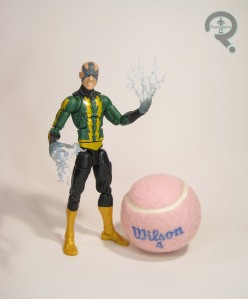 Electro was released as part of the Space Knight Venom Series of Marvel Legends, which theoretically showed up at retail in late 2016, but was one of the most under-shipped assortments of modern Legends, so good luck finding it.  He was released under the moniker of “Evil Adversaries,” a title he shared with the even more impossible to find Hobgoblin.  This is Electro’s third time as a Legend, and his second since Hasbro took over.  Of course, the last one was from Amazing Spider-Man 2, and I think we’ve decided as a society to retcon that whole thing out of existence, so maybe we’ll just say this is his first from Hasbro, huh?  The figure stands 6 1/4 inches tall and he has 32 points of articulation.  Electro is built on the Pizza Spidey body, and despite my general distaste for non-Spidey characters being built on it, it actually works pretty well for Electro, certainly better than any of the other available base bodies would have.  Topping off that body, Electro gets a brand new head sculpt, detailing his classic 7-pointed mask.  It’s goofy as heck, but it sure looks nice, and I love the mad cackling grin on the face beneath it.  Electro also uses the electricity effects hands from the prior–er, the figure we’ve decided not to talk about.  They do the job well enough, and end up looking pretty cool.  The paintwork for Electro is pretty solid stuff.  The slightly metallic finish of the yellow parts looks really nice, and the overall application is very clean.  Electro included an extra, unmasked head, allowing for replication of his more modern appearance.  While it’s not going to be my go-to for this guy, it’s certainly a quality sculpt, and I dig the completely different expression.  He’s an angry boy when he takes the mask off.  What’s *not* included is an extra set of non-electrical hands, which is rather a bummer, really.  Fortunately, Speed Demon’s hands are a near perfect match, allowing for an easy, and rather cheap, replacement, but he definitely should have included those out of the box.  Also included was a leg of Space Knight Venom, unless of course you’re like me, and you got this guy second hand, and therefore don’t get that part.

The Space Venom Series is my goddamned white whale.  I saw only a few scattered remnants of it, mostly in out-of-the-way Walmarts.  I saw Electro once, I believe, but I hadn’t the money to get him, and I never saw him again after that.  But, as luck would have it, my friends over at All Time Toys got in some loose Legends a few weeks back, and they were kind enough to set me up with a deal I couldn’t refuse on this guy.  I’m glad I finally got one, because he’s a really fun figure, and I’ve always had a soft spot for Electro.

Speaking of All Time Toys, if you’re looking for other Marvel Legends, or other cool toys both old and new, head on over to their website and their eBay storefront and check out what they’ve got!