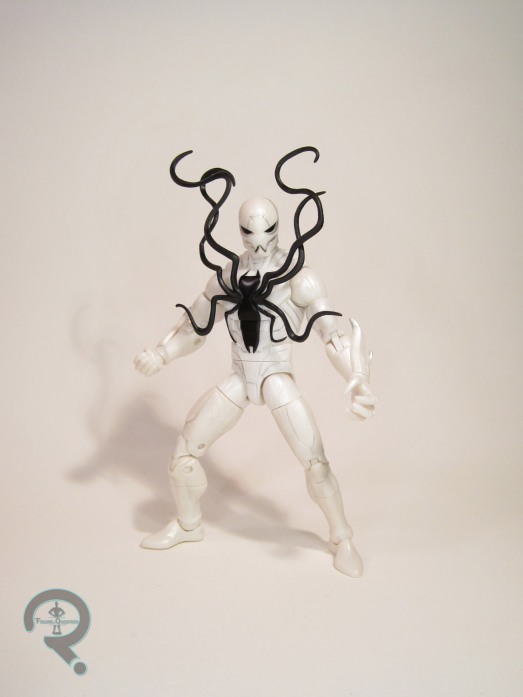 “Believing himself to be a living miracle after seemingly coming back from the dead, symbiote-possessed Peter Parker rejects the Venom identity and calls himself Poison.”

Guys….I’m gonna critique the bio for a sec here.  I know, I keep promising I won’t, but it’s sort of important.  So, the “living miracle” “back from the dead” “gave up the Venom identity” Peter Parker, aka Poison, mentioned in the bio appeared in What If? Spider-Man: The Other in 2007.  He is *not* the character this figure is based on.  This figure is instead based on the Peter Parker Poison from last year’s Venomverse, where a symbiote-wearing Peter Parker was one of the first victims of the host-devouring symbiote hunters known as the Poison.  In Hasbro’s defense, neither character is anything bordering on major, so they can be forgiven for some slight confusion.  Now, let’s get onto the figure, shall we? 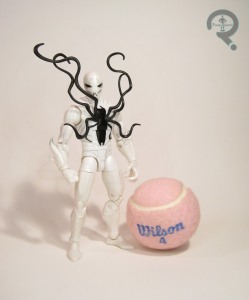 Poison is figure 3 in the Monster Venom Series of Marvel Legends.  After the pretty obvious choices of Venom and Carnage, Poison is undoubtedly out of left field, given he’s got, what, three appearances?  If that?  But, I guess if Hasbro’s content to give us every single Spider-Man from Spider-Verse, it shouldn’t be a huge shock to see them dipping into Venomverse as well.  The figure stands 6 1/2 inches tall and he has 32 points of articulation.  Poison is built on the Spider-UK body, which is a favorite of mine.  That said, he actually gets a surprising number of new pieces.  He only actually shares his upper arms and lower legs with the standard body; everything else is brand new.  This allows for the figure to properly replicate Poison’s inorganic, exoskeleton-like appearance.  It serves as quite a nice counterpoint two Venom and Carnage from the last two days.  I definitely dig all of the etched detailing work on his torso, head, and upper legs as well; its something that could have easily been overlooked.  The tendrils mounted on the front of his torso showcase the last traces of the symbiote Poison assimilated, and while they can be a little odd to work with at first, they certainly do add a unique flair to him.  Poison’s color work is more involved than you might think; he appears just straight white and black at first, but the white is actually a slightly pearlescent plastic, and there’s some light silver accent work running along yhr engravings, giving them a nice extra bit of pop.  It’s a small touch that really adds a lot to the figure.   Poison includes no character specific accessories, but he does still get the left arm of the Monster Venom Build-A-Figure, which is certainly a sizable piece.

I had no clue who Poison was prior to this figure being shown off, and therefore didn’t really think much of his announcement or really plan on picking him up.  Like the last two days, it was really that Monster Venom piece that was pulling me in.  That said, after getting all of the figures in hand, Poison is undoubtedly my favorite of the set.  There’s just so much coolness going on with the design, the sculpt, and the paint.  Who would have ever thought a character like this would get this sort of treatment from Hasbro?

Poison was purchased from my friends at All Time Toys.  If you’re interested in buying other Legends figures, or are looking for other cool toys both old and new, please check out their website and their eBay Store. 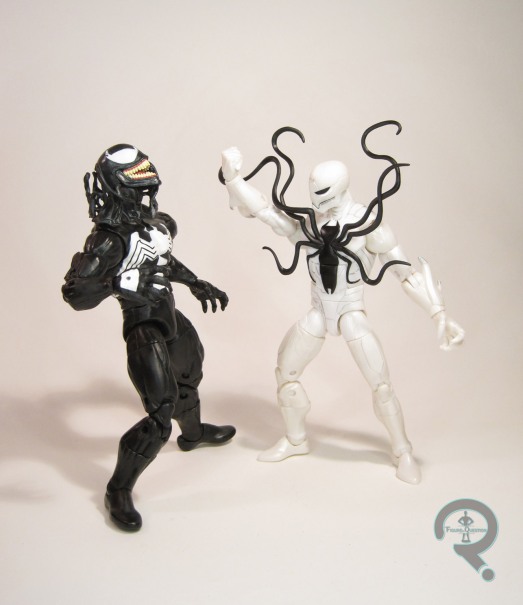