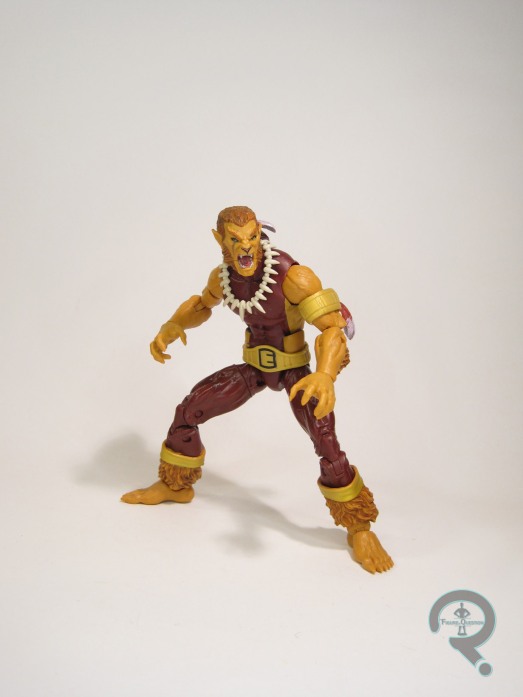 “The genetically engineered Thomas Fireheart can transform himself into a half-mountain-lion, half human known as Puma.”

Hey, it’s Puma!  You know, Puma!  That guy with the…Puma…thing.  I mean, like, as the bio up there states, he technically turns into a half-mountain-lion, but I guess “Half-Mountain-Lion Man” just isn’t nearly as catchy.  Probably would make him easier to Google, though.  Like yesterday’s focus, Black Cat, Puma is another character that began his career as a Spider-Man foe, before ultimately becoming an ally to the webslinger.  Though he’s never been a super prominent character, nor has he had much luck in the toy world (his only prior figure was a Super Hero Squad release, and counting those as figures is dubious at best), he’s got a decent fanbase, and has been a rumored addition to the Legends line for a little while now.  And here he finally is! 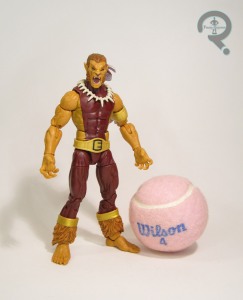 Puma is figure 2 in the Kingpin Series of Marvel Legends, where he’s one of two characters making their proper figure debut.  He’s seen here in what would I would definitely classify as Puma’s classic appearance, since it’s the one he spent the most time in.  And if you’re finally going to release a character like Puma, you should probably make the costume choice count, right?  The figure stands 6 1/2 inches tall and he has 32 points of articulation.  Puma uses the Spider-UK body as a starting point, and mixes in the arms and feet of Jackal.  I’d imagine the ability to re-use those Jackal pieces played a large role in getting Puma made, since he’s the first figure to re-use them.  Puma also borrows Black Panther’s necklace, and gets a new head, and add-ons for his arm band, belt, and the fur on his lower legs.  The new pieces generally mesh pretty well with the old, and make for a rather respectable representation of the character.  The head in particular is a very well-detailed, very expressive offering, and is rather similar to the quite impressive Sabertooth head sculpt from last year.  If I have one complaint, it’s with the torso.  The design of Puma’s costume means that the sides of his torso are exposed.  However, since the figure’s still using the UK torso, the exposed sections not only lack the fur texturing of the arms, but also have the folds of the cloth showing on them as well.  It’s fortunately a small area of the figure, and not terribly noticeable depending on the using of the arms, but it did strike me as slightly odd.  The paintwork on Puma is mostly pretty solid.  Application is clean, and the colors are well chosen to represent the character.  There’s a slight mismatch between the arms and the exposed section of the torso, but that’s actually not the worst thing, as it sort of makes it look like the orange sections are part of the costume, which keeps the previously mentioned issue with the sculpt from looking quite so odd.  I was happy to see the addition of some accent work on the furrier parts of Puma’s sculpt; it helps to prevent the figure from looking too bland.  Puma’s only accessory is the torso of Kingpin.  It’s sizable, so he doesn’t feel too light, but I can’t help but wish we’d gotten an extra, less intense head for Puma.  As it stands, posing options are slightly limited.

Puma’s not ever been much of a favorite or anything.  I certainly don’t dislike the character, but I can’t say I find him all that notable.  So, his announcement for this series didn’t catch me.  I mostly bought him for the Kingpin piece.  That said, like Black Cat, he’s another solid toy, and I can appreciate the fact that we’ve finally got Puma.  If I can get my Batroc the Leaper, it’s only fair that the Puma fans out there have this guy.

I purchased Puma from my friends at All Time Toys, who were kind enough to set me up with this whole set to review.  He’s currently in-stock at their webstore.  If your looking for other Legends or other toys both old and new, please check out All Time’s website and their eBay storefront.