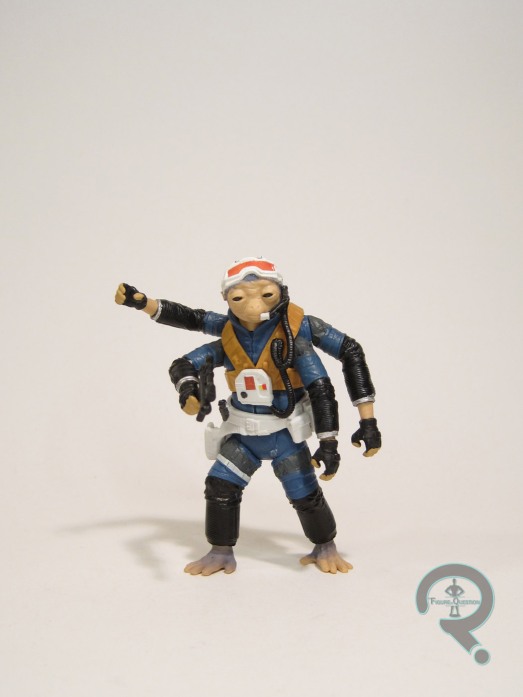 Though a minor part of the overall film, Tobias Beckett’s plucky pilot Rio Durant was an entertaining character with one of the niftiest modern Star Wars designs, making him a prime pick for just all of the toys ever.  Or, at the very least, two of the toys ever.  I’ve looked at one of his two figures, so today I’ll be looking at the other one. 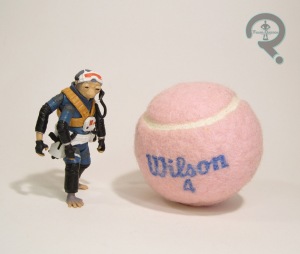 Rio is part of the fourth series of Hasbro’s tie-in line for Solo.  As I’ve noted in my last two reviews, this assortment proved to be the one with the most actual Solo characters featured within it, making Rio a natural choice for the line-up, especially with Beckett and Val shipping right alongside him.  The figure stands 3 inches tall and with 12 points of articulation, he’s one of the best articulated basic 3 3/4-inch figures we’ve gotten in quite a while.  As with his larger counterpart, it’s those extra limbs that rally give him the advantage.  Rio’s sculpt is, unsurprisingly, an all-new affair, and it’s by far the best of the three I’ve looked at from this assortment.  Obviously, it’s slightly stepped down from the Black Series release, but not quite as much as you might think.  It’s an accurate rendition of his model from the film, and it includes some of the best detail work you can find at this scale.  While he’s slightly pre-posed, it’s just enough to give him a little bit of extra character, without proving itself too limiting.  The arms in particular are cleverly posed to work with the articulation and offer up a couple of acceptable poses for each of them.  Rio’s paintwork is fairly basic, but the application is clean, and all of the important details are there.  On top of that, he maintains the bright, eye-catching colors of his larger figure, and is just generally a nice figure to look at.  While the larger Rio includes two different blasters, this one instead only carries the smaller one, which, given the lower price point isn’t terrible.  It can be stowed in his holster on his belt, or held in any of his four hands, so you’ve definitely got some display options cut out for you.

I did *not* find Rio at the same Walmart as Beckett and Val.  However, after having found them, and knowing that they were being clearanced, I made a point to swing by another Walmart on my way home, and I was able to grab a discounted Rio there.  I thought this guy might be another situation like with Val, where getting the Black Series figure first kind of left me feeling lukewarm about the basic release, but I have to say, Rio is just a really, really nice figure, and one of the best things to come out of this basic line.  Sure, the larger figure is more poseable and has the extra weapon, but this guy is absolutely no slouch in his own right, and the smaller scale means he’s a pilot who will actually be able to pilot things, even if we don’t actually have the ship he flies in the movie.