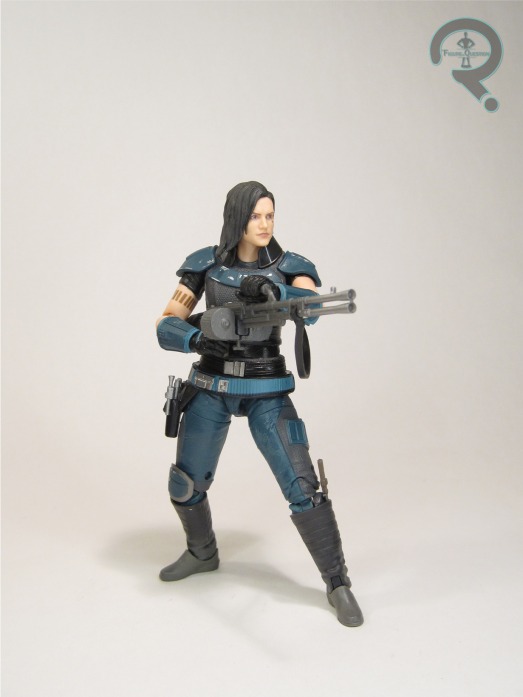 “A veteran of the Galactic Civil War who fought under the banner of the Rebellion, Cara Dune is a seasoned warrior.”

The first round of Black Series figures for this past Force Friday gave us two Mandalorian-themed figures, and the two Best Buy exclusive offerings have added two more, but there was one fairly prominent character who had as of yet not seen any coverage. Well, one fairly prominent character whose presence in a toy line wouldn’t have spoiled the show’s big reveal at the end of the first episode, anyway.  Introduced in Chapter 4, Cara Dune is fairly quickly established as a well-crafted foil to the Mando, and though she wouldn’t end up quite as prominent in the show’s first season as early promotional material might have suggested, she still has quite a role.  And now let’s look at the action figure, shall we?

Cara Dune is figure 101 in the Black Series line-up.  She’s the only Mandalorian-based figure in this particular five figure assortment.  The figure stands just over 6 inches tall and she has 29 points of articulation.  In terms of motion, Cara is on par with the rest of her assortment, being a nice half-way point of mobility and sanctity of sculpt.  There are definitely spots on this figure that I assumed would be restricted (namely the shoulders and the neck), which ended up a lot less restricted than I’d expected, and that’s a definite plus.  As it stands, she can comfortably wield her rifle with both arms, and even manage some pretty decent action poses.  She also doesn’t have too much trouble remaining standing, at least with my figure.  The sculpt here is definitely a nice one, and possibly the nicest of this current assortment.  The face is undeniably Gina Carano, and is easily one of the best likenesses we’ve gotten from a Black Series figure, right up there with Tarkin and Dryden in terms of accuracy.  I definitely dig it.  The body sculpt’s proportions are a good match for Carano’s build, and her outfit is quite nicely recreated at the smaller scale.  The multi-tiered construction of the armor adds a nice bit of depth to the figure, and makes the whole thing look nicely put together.  Cara’s paint work is definitely the most impressive affair from this assortment.  On its surface, it’s a little monochromatic, as is true to the show.  However, there’s actually quite a bit going on.  The face is again using the printed styling, which looks incredibly lifelike here.  It also includes her very small little Rebel tattoo on her cheek bone, which is quite an impressive touch.  Her shocktrooper stripes on her arm are also impressive, as are the wear and tear marks on her armor, which give it a suitably lived-in feel.  Much like Jannah, Cara is a quite well-accessorized figure, including her large blaster rifle, a pistol, and a knife.  The rifle includes a removable sling, and the pistol and knife both have spots on Cara’s person, allowing for everything to be stowed somewhere on the figure, which is always cool to see.

Cara’s figure had good timing, first arriving at retail right on top of her appearance on the show, which made her a pretty easy purchase for me.  Though, continuing the overall trend of this assortment, I wasn’t expecting to like her quite as much as I do.  There’s a lot of cool stuff going on with this figure, and it results in one of the most solid standard Black Series releases I’ve messed with in a while.  Now, here’s to getting a Mando that actually matches this figure.

Cara was purchased from my friends at All Time Toys.  If you’re looking for Star Wars, or other toys both old and new, please check out their website and their eBay storefront. 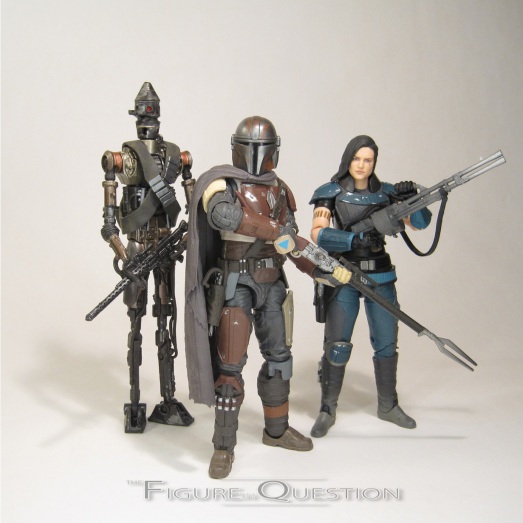