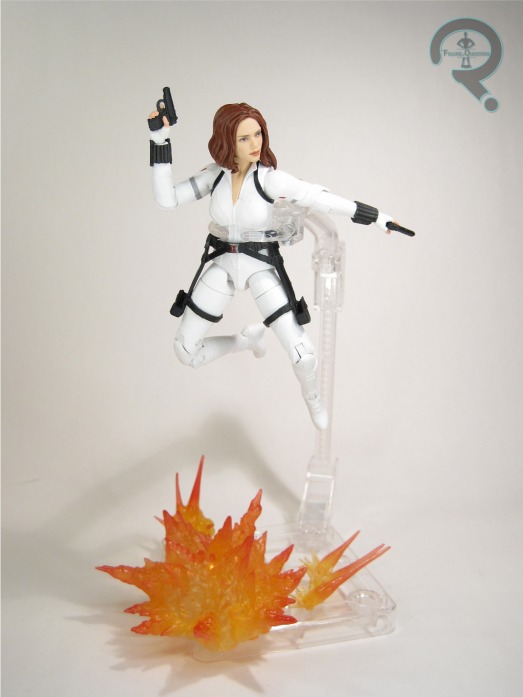 “Natasha Romanoff reunites with a group of spies from her past to stop a lethal force.”

Oh boy, a second new thing!  …Yeah, okay, I mentioned it yesterday, so I guess you guys kind of new this was coming.  So, after years of waiting, we’re finally getting a Black Widow solo film…you know, six months after we were supposed to.  To be fair, that feels about right for the track record of getting the solo film out so far.  A smooth journey never really was part of the process.  There are some things that you can’t really put a stop to, even if you move a movie’s release date.  In Widow‘s case, it’s all the tie-ins.  While the movie won’t be out for another six months, all the toys are starting to show up now anyway.  Oh darn, new toys.  What am I gonna do?  Write some reviews, probably.

While there is a specific Black Widow-themed assortment of Marvel Legends that is hitting some places right now, this particular version of Widow is a solo-offering hitting alongside them, and is set up at the deluxe range price point like Archangel and the reissues of the Build-A-Figures.  While the standard release will be giving us Natasha in her more typical black attire, this release is based on the all-white number we’ve seen her in for a lot of the promotional material.  The figure stands 5 3/4 inches tall and she has 27 points of articulation.  Widow is an all-new sculpt (albeit one that has a large overlap with the standard release in terms of pieces), not relying on prior figures.  That’s good, because much like Cap’s Winter Solider figure got milked just a bit too much, so did Nat’s.  And, while the Infinity War version was a nice figure, the differences in costume design definitely warranted an all-new approach.  It’s the best MCU Natasha sculpt we’ve gotten, and I say this as someone who was quite a fan of both of the prior sculpts.  Something about this particular figure really seems to get down Scarlet Johansen’s build in a way that previous releases didn’t.  In particular, the last two figures were both a little bit skinny for Johansen, at least for any of the movies past IM2.  This slightly

more solid build feels like a much better match, and makes for a sturdier figure as well.  The head also has our best Johansen likeness from Hasbro to date.  They’ve been steadily improving with each Widow they’ve done, and it seems to have really paid off here.  The paint work on this figure is fairly basic.  The head’s got the face printing, so that’s quite lifelike, but the body feels a little more devoid of anything.  I feel like a little more accenting would have gone a long way; the all-white nature of the body means that a lot of the really nice sculpted details are a little more easily lost.  Perhaps the standard release will be better in this regard.  As it stands, this version is certainly passable.  What sets this figure apart from the standard release even more than just the color of her suit is her accessory selection, which helps to justify that deluxe price-point.  Widow is packed with three sets of hands (in fists, gripping, and trigger finger), two Markovs (thanks again to Tim for the gun ID), a pair of hooked weapons, seven different effects pieces covering all manner of explosions, gunfire, and her widow’s stingers, and a dynamic display stand.  It’s an impressive selection, and a far cry from the days when Widow couldn’t even get a single pistol of her own.  Now she’s got stuff to spare, and I can definitely see this set being picked up by a lot of people just for the accessories.

The story of how I got Widow here is pretty much the same as yesterday’s Probe Droid: All Time got her in right as I was hitting the peak of my “I haven’t bought anything new to review in a while” phase.  I was definitely planning to get this figure, but didn’t know what to expect.  She’s a lot of fun, both just as a figure, and as an excuse to get a lot of cool accessories.  I’m actually kind of glad I got her divorced from the standard release, because it lets me look at the two Widows on their own merits a bit more.  I think the core figure to this one might have gotten the short end of the stick otherwise.

As noted above, Widow was purchased from my friends at All Time Toys.  If you’re looking for Marvel Legends, or other toys both old and new, please check out their website and their eBay storefront. 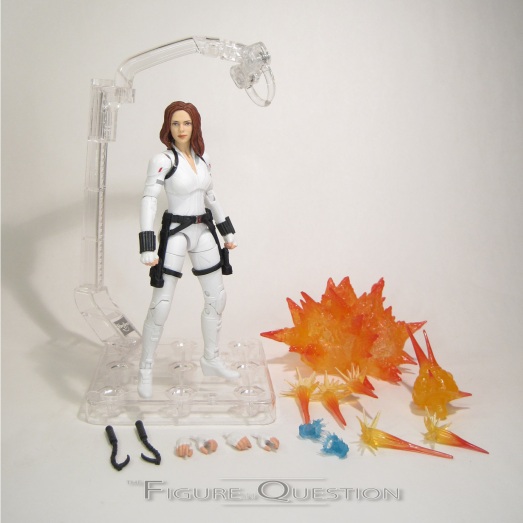