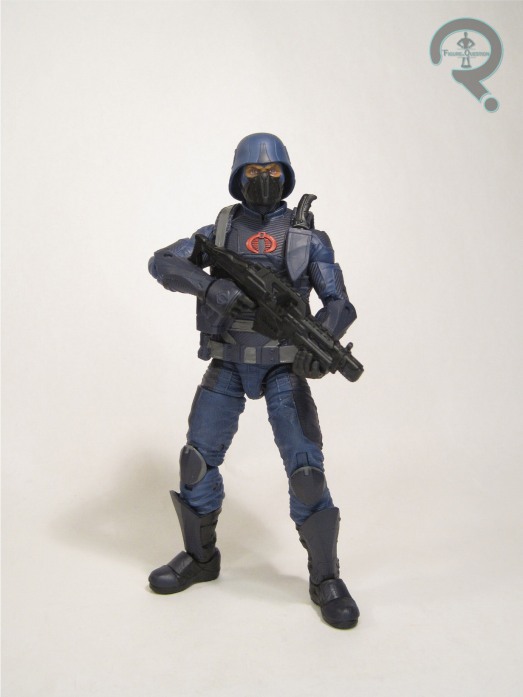 G.I. Joe: Classified Series had something of a jumpstart last year, somewhat stunted by the fact that, like, more than half of the line at this point has been exclusives.  Several key pieces of the franchise, in fact, have been exclusives, and notably, that’s been two of the line’s three army builders.  I looked at the Cobra Trooper last fall (thanks to the small miracle that allowed me to actual get my hands on one), and now I’m taking a look at another one.  How about that? 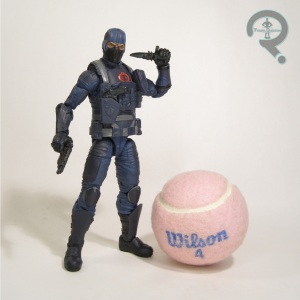 The Cobra Infantry is figure 24 in the G.I. Joe: Classified Series line-up, technically from the third “wave” of standard release figures for the line, although Hasbro’s kind of moving away from actual assortments, in favor of single releases in solid cases.  Also, hey, there’s some novelty to a standard release figure, isn’t there?  It’s…been a while.  The figure stands 6 inches tall and he has 37 points of articulation.  Structurally, the Cobra Infantry figure is the same figure as the Target-exclusive Cobra Trooper.  Given the relative rarity of that release, a pretty straight re-use makes quite a bit of sense.  It helps that it was a very impressive sculpt the first time I looked at it, which means I really don’t mind seeing it again.  As I discussed in the prior review, it’s a good summation of a number of the Cobra Trooper designs from over the years, and there’s just a lot of really great small detail worked in.  The first change of note from the Trooper to the Infantry is on the paint scheme.  This release is, per Hasbro, a little more animation inspired, which largely seems to have translated 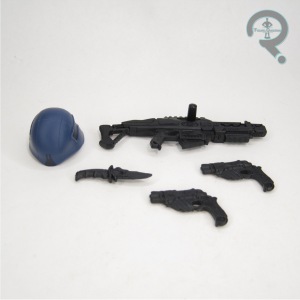 to having more blue than the previous release.  Upon the prototype’s reveal, a lot of fans speculated that this extra blue meant that Hasbro was simply cutting paint apps from the prior release, but in-hand this is very definitely not the case.  It’s easy to miss at first glance, but the paint scheme this time around is actually a fair bit more complex, with a lot more variations within the various colors, especially the blues.  It’s quite impressive to behold in hand.  Additionally, the skin tone has been slightly darkened on this guy, giving him a bit of variance when compared to the other release.  The other change-up between the two figures is the accessory selection.  The Target Trooper had a lot of extras, while this one dials it down ever so slightly.  He gets the removable helmet, the standard rifle, the two pistols, and the knife.  While this lacks the customizability angle of the prior figure, it keeps everything you could classify as “standard”, making this one a but more ideal for actually army building.

Between the two of us, Max and I were able to snag a single Target Trooper.  Max was kind enough to loan it to me for the purposes of reviewing, but that meant I didn’t actually have one for my personal set-up.  Fortunately, I was pretty sure this guy was coming, even before he was announced, and once he was shown off, I knew it was just the waiting game.  Honestly, I’m glad I waited.  As I said when I reviewed the other version, he’s nice, but I don’t know that he was quite worth all the fuss.  This one’s a bit more paired down, but keeps the stuff I really liked from the last release, and if I’m totally honest, I find myself far preferring the color scheme on this release anyway.  Ultimately, he’s pretty solid, and hopefully he proves a little bit easier to army build. 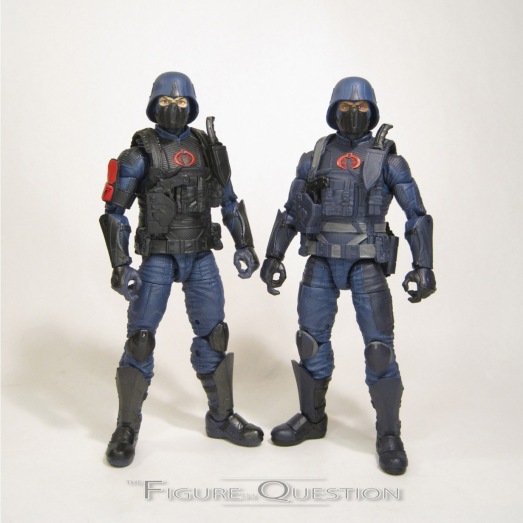