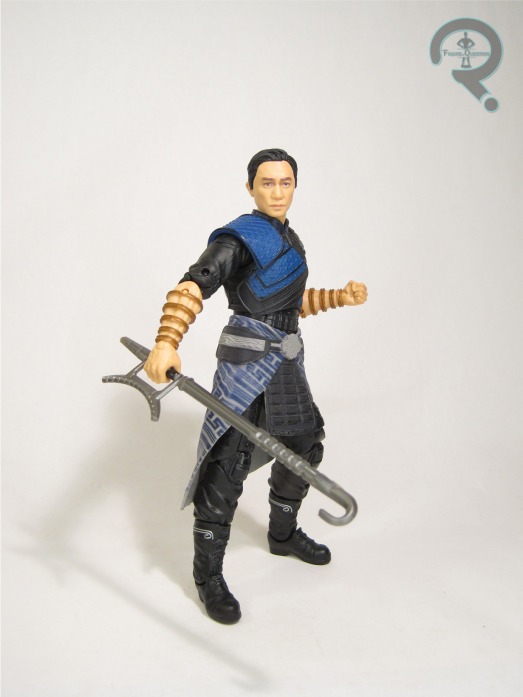 “Shang-Chi’s father Wenwu is the feared leader of the Ten Rings Organization, which has lurked in the shadows of the MCU since the very beginning.”

Originally, in the comics, Shang-Chi’s father was not a Marvel creation, but was, instead, the evil Dr. Fu Manchu, an early 20th century villain that Marvel was licensing at the time.  After the license lapsed, Marvel kept Shang-Chi, but was vague with any mentions of his father, due in part to the whole licensing, and also in part due to the Fu Manchu’s place as an unfortunately caricature-ized and stereotyped yellow peril foe.  Marvel’s own in-house character, The Mandarin, faced similar issues in a modern setting, and so, when adapting him to film in Iron Man 3, they opted to make him a false figurehead sort of character, entirely concocted by another villain entirely, and designed to play into those stereotypes on purpose.  While I thought it was a well-executed twist, some fans were let down by the lack of a true Mandarin in the MCU.  With the Shang-Chi film, there was obviously no way that they were going to be able to work in the Fu Manchu as the title character’s father, so they decided to combine a few elements, and introduce the true Mandarin as Shang-Chi’s father, Wenwu.  Let’s look at the toy!

Wenwu is figure 2 in the Mr. Hyde Series of Marvel Legends, and is the second of the four movie-tie-in figures included in the set.  The figure stands about 6 1/4 inches tall and he has 29 points of articulation.  Wenwu’s articulation structure is a lot less archaic than Shang-Chi’s.  While he’s still got the exposed pins on his elbow joints (though, again, they’re not present at the knees), the actual mobility and layout to the articulation is a lot more fluid, and in general he’s a lot easier to pose, especially when it comes to the torso.  The hips are a little bit restricted by the skirt piece, but otherwise, it’s all pretty unimpeded.  What we’ve seen in the trailers shows us a few different looks for Wenwu, but the figure goes for his blue/black cleaned up appearance.  While it’s not quite as classically Mandarin as the other main look we saw, this one looks like it’s going to be his primary design within the film.  It’s different, and perhaps not as distinctive, but it also walks him further away from being stereotypical, so I can get it.  Also, Mandarin’s comics design’s always been all over the place, anyway, so it’s not like this is radically different ground for him.  I will say, upgrading the rings to arm bands is an interesting change, but one that I honestly don’t hate.  I’m curious to see if they’ll still be going for the dragon-tie for their origin, as that might explain the larger size.  Whatever the case, it’s a cool 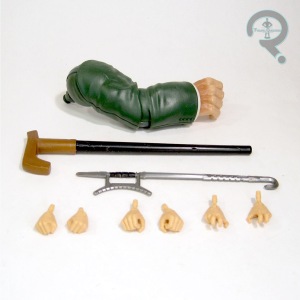 design element.  Wenwu’s sculpt is a very impressive piece of work.  The outfit is intricately detailed, and even more involved than Shang-Chi’s.  There are a lot of layers, and it looks quite sharp.  The head actually has a pretty respectable likeness of Wenwu’s actor Tony Chiu-Wai Leung, and is certainly a marked improvement over the Shang-Chi likeness.  Wenwu’s paint work is generally pretty decent.  The application’s all clean, and the colors seem to match up with what we’re going to be seeing on screen.  The blue still takes a little getting used to for me, but I don’t dislike it.  It’s just definitely a slight change of pace for the Mandarin.  Wenwu is packed with three sets of hands (gripping, open gesture, and fists), a hook sword, and the right arm and cane for the Mr. Hyde Build-A-Figure.  Yay for actually getting fists with this one!

As I got into on yesterday’s review, this whole set sort of just showed up, before we had much background.  I was initially confused about who the heck Wenwu even was, but then the back of the box filled me in, and I was suddenly pretty excited about owning a proper MCU Mandarin.  Shang-Chi was an okay figure, held back by some design issues.  Wenwu is just a generally better figure, and I really find myself liking him a lot.  I look forward to seeing Tony Chiu0Wai Leung in the role, and seeing how this second attempt at Mandarin works out on film! 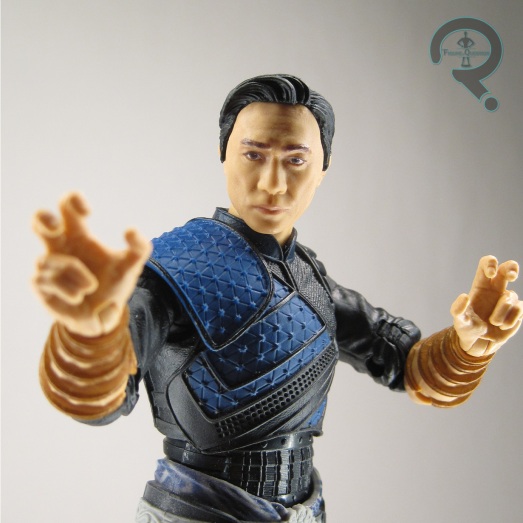