“A mysterious alien pursued by bounty hunters on behalf of Imperial interests.”

Due to how close kept a secret he was, Baby Yoda, aka The Child, aka Grogu, was absent from the merchandising for the show early in the game.  However, once the dam broke, oh boy was it broken, and we’ve subsequently had so much product.  Not that it’s been enough for any of it to hang around, of course.  The first figure treatment was the Black Series release, but since then we’ve gotten him in just about every available style in Hasbro’s wheelhouse.  That includes today’s offering, the latest of the bunch, which puts him into that nice retro style.  Let’s have a look! 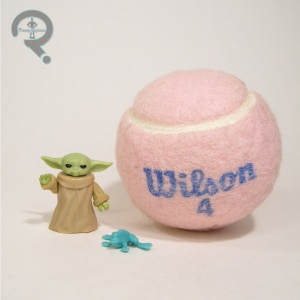 The Child (which is still the name the tie-ins are sticking with) is part of the seven-figure line-up of Mando-themed figures that makes up the first mass release set of Hasbro’s Star Wars Retro Collection line.  The figure stands about 1 1/4 inches tall and has 3 points of articulation, moving at the had and shoulders.  This guy’s actually the largest of the Grogu figures we’ve gotten, standing 1/4 inch taller than even the Black Series version.  Of course, scaling up a bit wasn’t a terribly uncommon thing in the vintage days, since it was hard to justify such a small figure.  In Grogu’s case, there’s probably room to justify him as an unarticulated pack-in somewhere else, but then that would damage their ability to sell the show’s most profitable character as a figure on his own.  In terms of sculpt, Grogu is kind the opposite of Kuiil.  While Kuiil felt very authentic, Grogu simply feels like a slightly less detailed modern figure.  He wouldn’t look terribly out of place with one of the more recent 5-POA lines, and honestly, he doesn’t really have many tell-tale signs of being vintage-inspired.  In Hasbro’s defense, of course, with a much smaller canvas, it’s a lot harder to get those details to read the right way.  He’s certainly not a bad figure, mind you.  It looks enough like the in-show puppet to make it immediately clear who it’s supposed to be, and he’s got all the basic detail work he would need.  Also, he’s a little sturdier than the other versions, which I consider something of a plus.  His paint is very basic, with just the eyes and hands getting coverage.  That’s probably the most accurate thing about him, really.  In order to justify charging full price for this guy, he gets another version of his pram (it’s amusing how many of these we got in the last year, given how little use it saw in Season 2), complete with a base, a hovering stand, and removable lid.  He also gets the small frog creature, much like the Black Series.  Keeping with the Child’s own sizing, both are a bit larger here than they possibly should be, but that’s expected, and certainly helps you feel better about the price point.

The Black Series release generally filled my need for a toy version of the Child, so I haven’t grabbed any others.  This one was a pretty easy snag, since I’d already decided I wanted the whole set.  Lest anyone reads the above review and gets the impression I don’t like this figure because of its relative lack of vintage-ness compared to the rest of the set, I do actually like him.  I like him quite a bit, and he may be my favorite version of the character.  Sure, he’s not quite as authentic, but he’s just generally harder to translate properly than some of the others.  He still makes for a good toy, though. 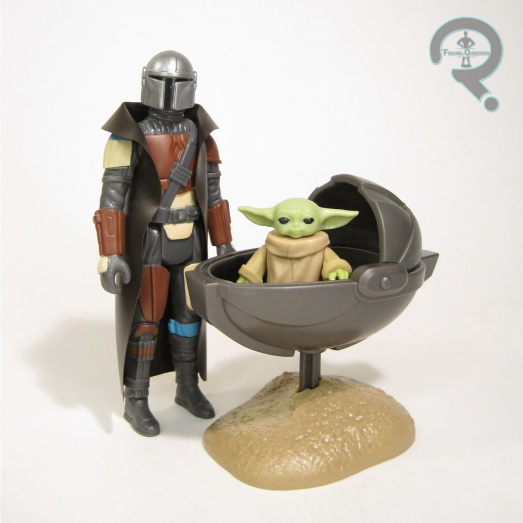