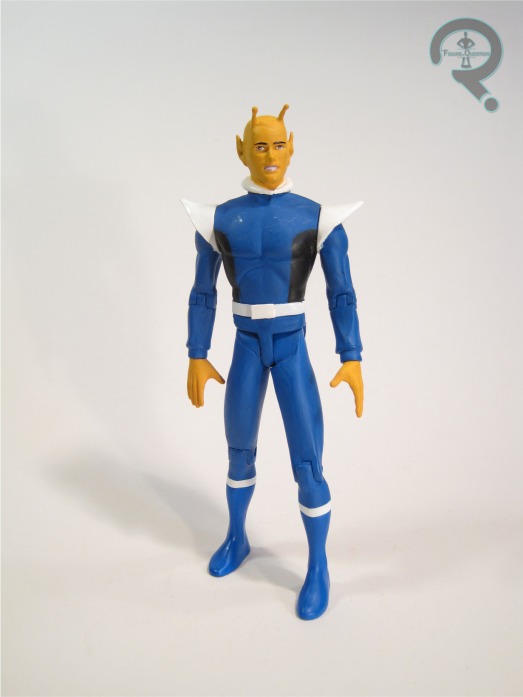 While some of the Legion of Super Heroes’ members are gifted individuals from otherwise non-powered races, there’s a decent chunk of the team that’s actually just comprised of literally the first member of a race to join, making use of their native abilities.  I guess that’s why they needed to really enforce that “no duplication of powers” rule; otherwise Cosmic Boy and Saturn Girl aren’t going to look so special, are they?  Amongst the members that are just regular people from their respective races is Reep Daggle, aka Chameleon Boy.  Chameleon Boy is a Durlan, and like all Durlans he possesses shape-shifting abilities.  You know, like a chameleon. 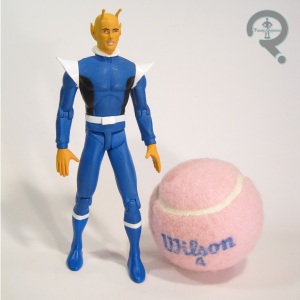 Chameleon Boy is the final figure in the Series 3 line-up for DC Direct’s Legion of Super Heroes line.  He’s the most unique looking of the bunch, which was honestly true of Chameleon Boy in the earlier Legion run, too.  The figure stands just shy of 6 inches tall and he has 11 points of articulation.  Chameleon Boy uses a mix of prior base body parts, using the core of the Series 2 body, with the upper arms that he shared with this assortment’s Sun Boy figure, and the looser fitting lower arms of Brainiac 5 and Mon-El.  Also, in keeping with the mix of hand poses, his are both open, which is a first on this body.  He’s got a new head, which does alright with capturing the more alien features of Reep’s design, but feels somewhat off for the character when you get to the face.  He just seems to have too dull an expression, if I’m honest.  My figure is unfortunately saddled with a QC issue, as well; his left thigh is actually a right thigh, just backwards, most notable from the weird shaping near the hip, where it’s supposed to contact with the backside of his torso.  The more simple nature of the sculpt means it’s not the worst thing ever, but it’s very definitely wrong.  Chameleon Boy is another all painted figure.  It works out okay, but again there’s the issue with the scuffing going on.  Otherwise, the paint’s pretty decent, I guess.  Chameleon Boy has no accessories, but unlike the other figures in the line that also had no accessories, this one feels like more of a loss, because it feels like the perfect opportunity to give us his sidekick/pet Proty.  Alas, we’d have to wait on Mattel for that one.

I picked up Chameleon Boy at the same time as Sun Boy and Star Boy, while on a road trip with my dad in 2007.  I was mostly driven by all three of them being there, I guess.  None of them are amazingly impressive, and Chameleon Boy certainly suffers from the extra QC issue for me.  He’s alright, but that’s really about it. 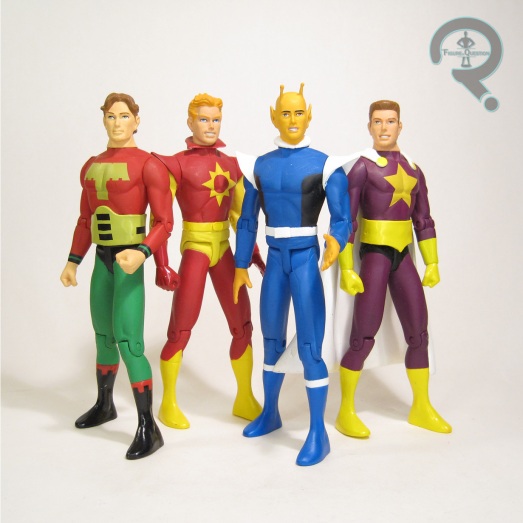