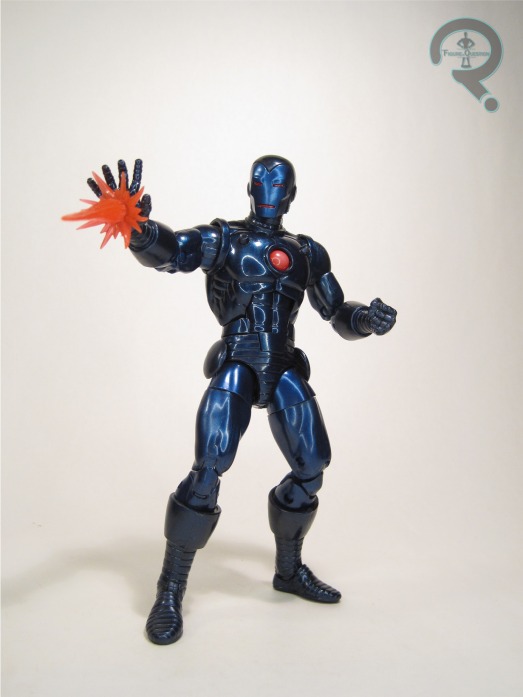 “Tony Stark designed the Stealth Armor to maximize on concealment over offensive weaponry.”

First appearing in 1981, a Stealth variant of the standard Iron Man armor has become a rather common place variant for the character going forward.  They don’t tend to have a ton of media appearances, but it’s still a pretty easily banked upon variant, since it’s easily justifiable as a straight repaint.  There have been three updates since (at least, going by the comics), but it’s really hard to do better than the Model 7 armor that originated the concept, and which is really only done proper justice when it’s a repaint of the classic armor.  Hey, doesn’t Hasbro have an updated version of the classic armor mold that they *just* put out in the last two years?  Why yes they do.  Maybe they should do a Stealth variant.  Oh, wait, they did.  Sorry, it just snuck up on me here.  It was hard to see it.  Because it’s so stealthy, you see.

Stealth Iron Man is figure 2 in the Ursa Major Series of Marvel Legends.  He’s our second Iron Man variant, but he won’t be our last.  It’s the first time in a while that we’ve gotten a Stealth Iron Man in Legends, and the first time ever that he’s just been a standard release, rather than a variant or a very hard to find exclusive like the last two.  The figure stands 6 1/2 inches tall and he has 32 points of articulation.  Surprising no one, Stealth Iron Man is a complete parts re-use of the 80th Iron Man figure.  Given that the two armors are supposed to look the same, and always are drawn as nothing but a color swap, this is a totally justified case of re-use.  It also helps that it’s just a really good sculpt, so seeing it turn up again certainly isn’t hurting my feelings.  This figure’s main selling point is its new color scheme, which is now all monochromatic and dark blue.  Well, sort of monochromatic; there’s actually some slight changing in 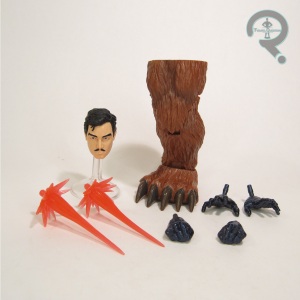 the exact shades, corresponding to the red and yellow sections of the normal color scheme, which is honestly a nice touch.  Technically, the armor’s supposed to be all black, and the blue was just a coloring technique in the comic, but I think the blue honestly makes for a slightly more interesting design.  The Stealth Armor keeps the two sets of hands from the 80th release (colored to match, of course), as well as the unmasked head (which also gets a slightly tweaked paint scheme), two blast effects (in red this time), and the left leg to the Ursa Major Build-A-Figure.

I’ve been expecting the release of this guy since we got the 80th mold, so it’s not like he was a shock when he was shown off.  That being said, I was still happy to see him finally crop up.  He’s a rather by the numbers release, but he does very well playing by those numbers, and it makes for a strong addition to the line, and a really fun Iron Man variant that certainly earns its place in the line-up. 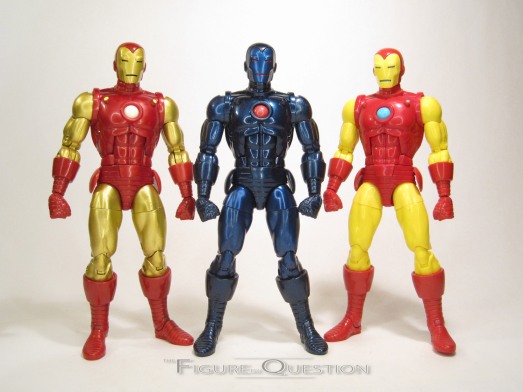