“A certified super-genius, Riri Williams turns a dorm room project into a high-tech, high-flying suit of armor— and becomes a force for good.”

Though Tony Stark may maintain that he and the Iron Man armor are always one and the same, that hasn’t stopped him from handing off the armor to others, from time to time.  The latest in that bunch of people is Riri Williams, an MIT student who built her own suit of armor, and got Tony’s attention.  So, when he got knocked into a coma in Civil War II, she was granted the mantle, at least for a little bit, and ultimately came into her own, assuming the identity of “Ironheart.”  And now, she’s also got herself an action figure.  That’s the biggest victory, really.

Ironheart is figure 4 in the Ursa Major Series of Marvel Legends.  Given the Iron Man theme of the set, she’s a natural choice.  Also, this marks Hasbro’s first time making an Ironheart, though they were beaten to the actual first figure by Minimates, who did her in 2018.  Still, this is pretty notable, so I’m not gonna fault them too much.  The figure stands about 6 inches tall and she has 28 points of articulation.  Following the trend set by Lady Jaye in the Classified line, Ironheart’s articulation is notable for featuring double joints on the elbows.  It works super well, and feels really smooth when in motion.  In general, her articulation scheme gives her a really wide range of motion, which makes for a pretty enjoyable time when it comes to posing her.  Additionally, she’s got the pinless construction on both the elbows and the knees, which helps keep that sleek feel going.  Ironheart’s sculpt is all-new, patterned on Stefano Caselli’s design for her first cleaned up armor design.  It’s very clean and polished, which I really like, and it’s a rather accurate recreation of the design as it’s seen in the comics.  It certainly pairs off well with the more streamlined Invincible Iron Man figure from a few years back, 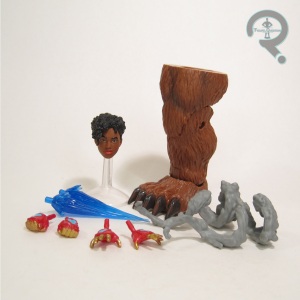 though it honestly even improves upon how that figure was implemented, in terms of both look and functionality.  Her paintwork is generally pretty straightforward, as most Legends are.  It’s very shiny and slick, which is appropriate, and the application’s all pretty cleanly applied.  In terms of accessories, Riri is pretty well off, getting an alternate unmasked head (patterned on her later look while piloting the armor), two sets of hands in fists and repulsor poses, two new repulsor effects, two new smoke effects, and the leg of Ursa Major.  I’m a little bummed that the repulsor hands are back to fixed wrists after the Modular armor had the proper joints, but otherwise I’m very happy with the selection here.

I’m not a Bendis fan in the slightest, so I wasn’t reading Iron Man when Riri was introduced.  I caught her once she moved over to the Champions, and I generally enjoyed her there.  I can’t say she’s a must have character for me, but she’s got a pretty kick ass design, and it’s always nice to add a little more diversity to the shelf.  On top of that, she’s just a very nice toy.  Genuinely very fun.  I can definitely get behind that. 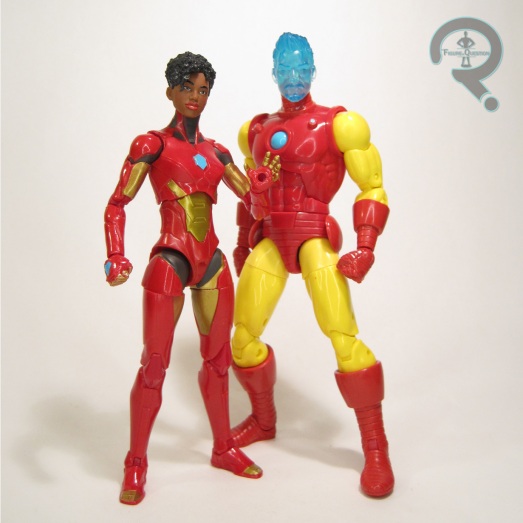