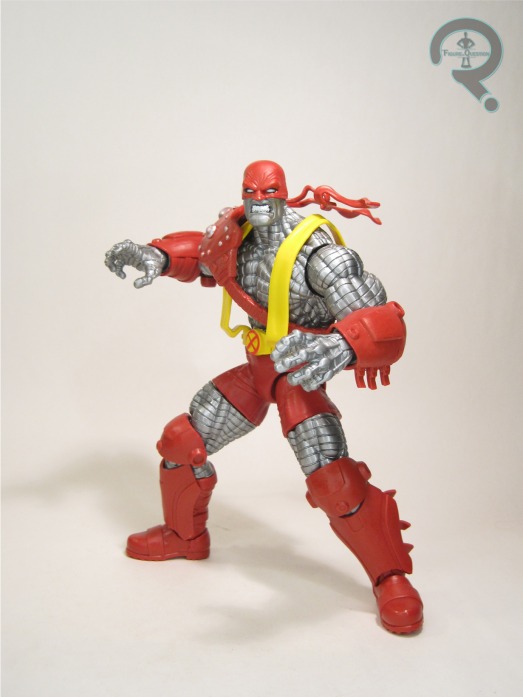 In the apocalyptic world of Age of…Apocalypse…clever there, the usually gentle giant Piotr Rasputin is re-imagined into a tough as nails drill sergeant, who spends his portion of the cross-over training child soldiers to take down Apocalypse’s regime.  Perhaps not the most noble effort, but I guess desperate times call for desperate measures.  Likewise, Colossus’ still building relationship with Kitty Pryde became a full-fledged marriage in this alternate universe, as the pair of them became instructors for the AoA versions of Generation X.  Like Kitty, Colossus has previously been without any toy coverage, but Hasbro’s addressed that in this assortment as well.

Colossus is the Build-A-Figure for the eponymous series of Marvel Legends, serving as the line’s second AoA-themed BaF.  Prior Colossus figures in the line have been just shy of the scale for a BaF treatment, but the AoA version of the character was notably larger than the standard universe version, making the larger figure justified here.  The figure stands a little over 8 inches tall and he has 31 points of articulation.  Despite his larger size, this figure is actually a little more posable than the smaller Colossus figures, even getting full double-joint movement at the elbows and knees.  It’s impressive the amount of movement they were able to get into him, even with all the armor and everything.  AoA Colossus is an all-new sculpt, and he’s quite frankly the most impressive sculpt in this whole assortment.  There’s just a ton of detail work, especially with the banded metal texturing of his skin.  There’s also a real intensity to the expression on the face, which seems perfect for this version of the character.  The only part of the construction I’m not super crazy about is the way the shoulder strap works, since it’s not really secured in any way, so it rattles around a lot.  The suspenders help keep it from being totally loose, but a peg of some sort to hold it to the shoulder would go a long way.  His color work is largely handled with molded colors for the plastic, which works well for him.  The paint work that’s there is cleanly applied, and brings out some of the necessary details in the sculpt.  Colossus is a Build-A-Figure, so he’s really an accessory himself, but he nevertheless gets two sets of hands, one in fists, and the other in open gesture.  This matches with the set-up the the 80th Colossus figure got, which is nice to see continue.

The Toy Biz Legends Colossus kind of started the character’s Legends run off with a pretty high bar to clear.  Thus far, Hasbro’s done everything in there power to make sure their own Colossus releases clear that bar.  I’ve been a fan of all of them so far, but this is Hasbro’s best version of the character so far.  As much as I appreciate the 80th release for what he is, I’d honestly love to see a mainstream version of the character with this level of quality.  Until then, this figure is really awesome, and not only my favorite of this particular assortment, but honestly my favorite of the AoA Legends as a whole.

While I was able to enjoy the first AoA assortment when it hit, it was, admittedly, focused a lot on the portions of the crossover I’m less invested in.  I was really hoping for a second assortment that was more focused on my own personal interests from the story, and this assortment really delivered at that.  Colossus is the real star piece here, no doubt about that.  Rogue was definitely a surprise hit for me, and is probably next in the ranking, though Sabretooth certainly gives her a run for the spot.  Magneto, Cyclops, and Shadowcat are all figures that don’t *quite* stick the landing, but are still really solid figures of character designs I really wanted to see.  Iceman and Legion are both characters that weren’t as high on my list personally, but the figures turned out really well.  In general, this is just a really strong assortment, and to me, it really makes the whole set with the first assortment a more cohesive thing in general. 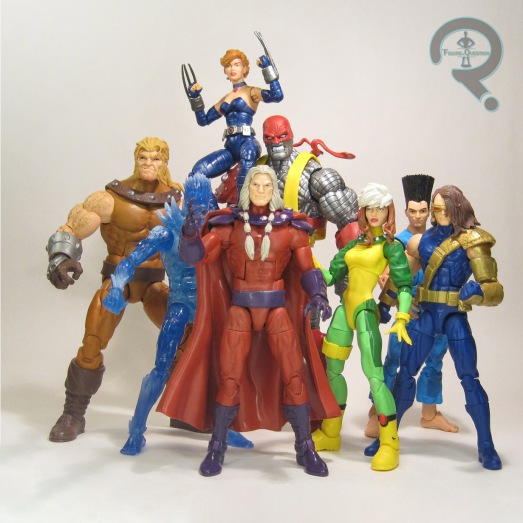