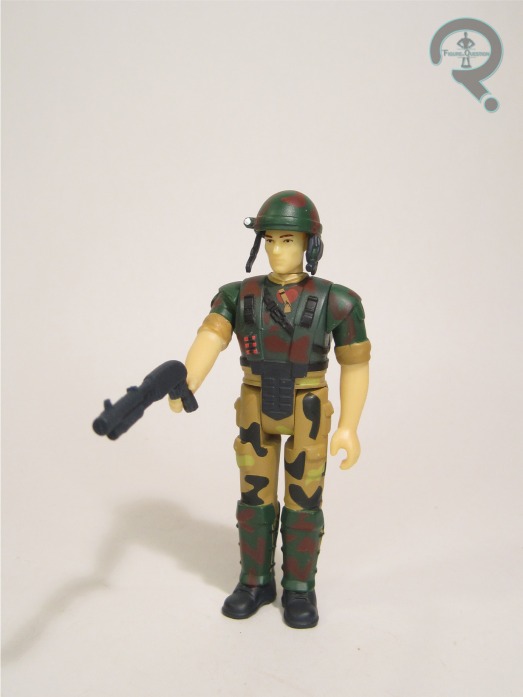 Happy Alien Day every one!  I’ve missed it the last two years, by virtue of not having anything to review, but I actually made a concerted effort to not miss it this time around.  I like, purposely saved an item and everything.  Crazy, right?  So, today, I’m turning my sights on a line I haven’t looked at in quite a while, ReAction.  The brand actually has quite a history with the Alien franchise, since it was Super 7’s desire to release the cancelled Kenner Alien figures from 1979 that launched the whole project, and got them the attention of Funko, who blew the whole thing up to epic proportions and then proceeded to run it into the ground.  Super 7 wound up splitting the brand back off from Funko, and has done a lot to refocus it, which included bringing things back to that first license, and actually doing some follow-up figures based on the second movie.  That’s a big deal for me, over here, with the second one being my favorite movie and all.  So, you know what, let’s take a look at Hicks, because that’s what I’m about, son. 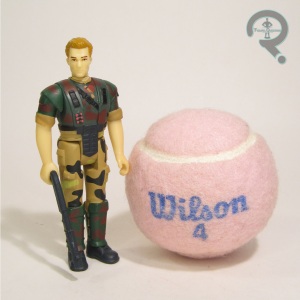 Hicks (who is, notably, just “Hicks” on the package; not Corporal, not Dwayne, just Hicks) was released in Series 1 of Super 7’s Aliens ReAction line, as one of the six humans included in the line-up, hitting retail in mid-2020.  The figure stands about 3 3/4 inches tall and he has 5 points of articulation, in true replication of the intended style.   Hicks’ sculpt was all-new, and, quite surprisingly, entirely unique.  I had expected him to at least share some parts with Hudson, but the core figures are entirely different, which is actually pretty cool.  The sculpt is really good, albeit in the way that it’s supposed to be, which is, admittedly, kind of dated looking.  He’s definitely a sort of stripped down and simplified, almost Saturday morning cartoon version of the character, and it works pretty well.  Like, all of the major details of his outfit are there, just much more basic.  I like that they’ve also

more accurately followed the progression of Kenner’s style than the Funko stuff did, so these figures, which would have hailed from the mid-80s had Kenner actually produced them, look more like the later end Star Wars stuff, or even the Raiders figures.  Hicks is actually a little more bulked up and sturdy in his build, which feels more appropriate.  Hicks’ paint work takes the general color palette of the character in the movie, and brightens it up a bit, as it would have been back then, as well as again simplifying things a bit.  It works pretty convincingly, and still sells the main look pretty convincingly.  Hicks is packed with a removable helmet (which is the same as the one included with Hudson), and his shotgun for close encounters.  While it’s a shame he doesn’t also get his pulse rifle, this does at least mean he’s got a unique weapon, since Hudson got the rifle packed with him.  I was also quite impressed by how well the helmet fit, while still sticking to the style.

Though I’m a huge Aliens fan, I’ll admit that I had a hard time justifying these figures when they were announced, due to them being hit by Super 7’s price creep on the ReAction line as a whole.  I want to get more of them, but at $18 a piece, it’s a bit tricky, especially when there’s a whole assortment.  Hicks was the one I *really* wanted to track down, but I just never got around to it.  Then, he kind of tracked me down, I guess.  A Lego minifigure collection that came into All Time had exactly two ReAction figures bundled in with it, and, as luck would have it, Hicks was one of them.  He’s a very specific style of figure, but it’s one that I really like.  He goes really well with the Ripley I got from the Power Loader set, and I’m definitely cool with having another Hicks in my collection. 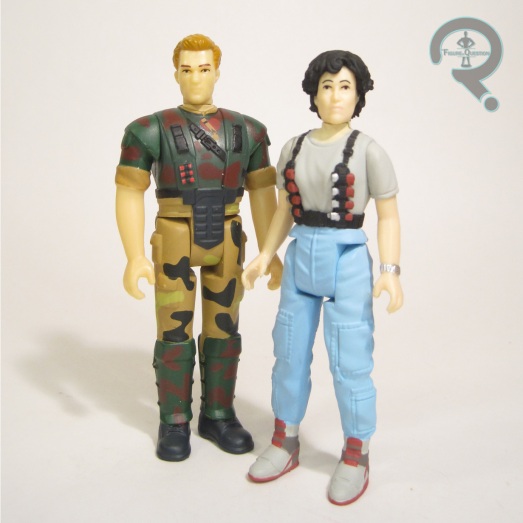