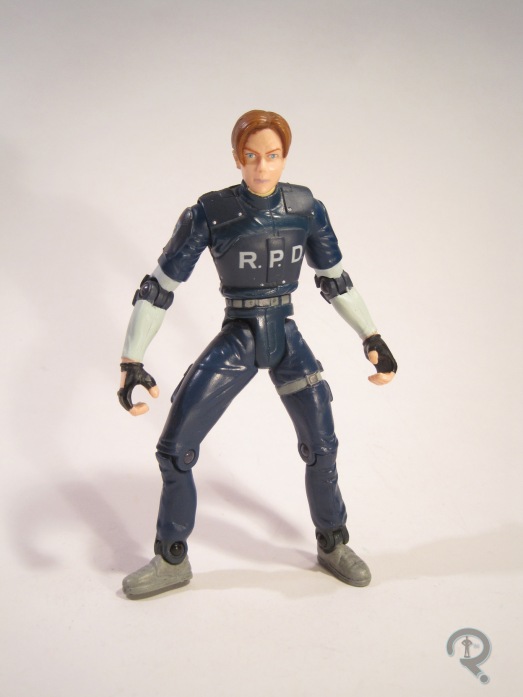 For a guy who’s not really into video games, I sure do have a lot of video game-based action figures, don’t I? Hey, I’m a sucker for a halfway decent action figure, regardless of its origin. That said, I do usually try to have at least a passing familiarity with the source material. In the case of Resident Evil, I can name most of the franchise’s main characters and give a fairly loose summary of what’s going on in a given game. I consider that good enough. Now, without ever playing any of the games, I’d say my favorite character is Leon Kennedy. Dude just looks super cool. Of course, everyone else agrees, so figures of him tend to be quite pricey. However, I did manage to find one of them, for better or for worse. 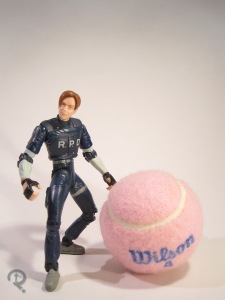 Leon was released as part of ToyBiz’s first series of Resident Evil figures. He was originally packed in a two pack with a Licker, but I just picked up Leon. Resident Evil seems like a slightly odd choice for ToyBiz in the 90s, but they were running the X-Men vs Street Fighter and Marvel vs Capcom lines at the same time, so I’d guess RE was just part of the master Capcom license. Leon stands 5 inches tall and has 14 points of articulation. He’s seen here wearing his Racoon City Police Department uniform from Resident Evil 2. It’s nowhere near as cool as his bomber jacket look from RE4, but it’s not a terrible look, and it’s certainly distinctive. The figure featured a sculpt that was unique to him. It’s alright, but not really fantastic. It certainly isn’t the same quality of a lot of ToyBiz’s Marvel stuff from the same time. His proportions are weird, with a huge head and hands, but a tiny waist and feet. He’s also very oddly posed, with this sort of hunch and oddly turned legs. It’s weird. The uniform has some decent detail work, so that’s cool, I guess. Leon’s paintwork is actually pretty good. He’s mostly molded in the appropriate colors, but he has a fair amount of paint. I like the subtle differences between the regular parts of the uniform and the padded ones, and the RPD initials are nice and sharp. To be really true to the game design, Leon’s hair should be sort of two-toned, but the single color they’ve gone with is at least a decent midpoint. Aside from being packed with the aforementioned Licker, Leon also featured a shotgun he could hold, which my figure is also missing. In addition, Leon has a lever on his back which…raises his arm and turns his head to the right. Yeah, I guess it went with the gun somehow?

I ended up finding Leon loose in a bin of other video game figures at Yesterday’s Fun. Since he was fairly inexpensive, I figured I might as well get one, just for the novelty of it. He’s definitely not going to be winning any awards or anything, but he’s not the worst thing ever. I certainly can’t say the guy disappointed me or anything.