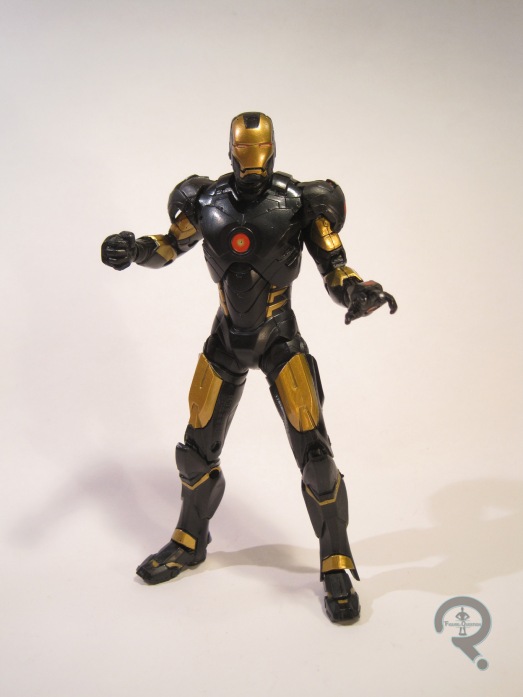 Well, after looking at a totally new to toys, out of left field character with yesterday’s Thundra review, we jump right on over to a guy who’s had sooooooooooooooo many figures. Yep, it’s another Iron Man. Hey, somebody had to sell this series to retailers, right? Let’s look at the increasingly inaccurately named “Marvel Now! Iron Man.” 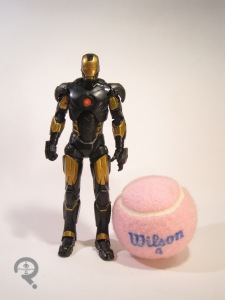 Iron Man is actually figure 1 in the latest set of Avengers Marvel Legends Infinite Series figures. He’s also one of the three figures in said series to actually get his own name on the box, but that’s not a huge shock. Hasbro was definitely not going to miss out on the chance to get Iron Man’s name on the box. The figure stands 6 ¼ inches tall and has 31 points of articulation, counting the shoulderpad movement. The hips are a little archaic in motion, and the neck is really loose, but the rest of the movement works very smoothly. Iron Man is seen here in the armor he was wearing at the beginning of the Marvel Now! relaunch from a few years ago. Structurally, this guy is 100% the same sculpt as the Iron Man 2 Mark IV figure. Since the Iron Man book’s primary artist Greg Land lifted his interpretation of the armor pretty much wholesale from the movie design (other artists actually stuck to more visually interesting look of the design sheet, but that’s another thing all together), this seems like a pretty reasonable bit of re-use on Hasbro’s part. The sculpt is certainly well-done, so that’s good. One thing I would note is that the shoulder pads have a tendency to pop off from time to time, so definitely be mindful of that. The paint work on this figure is kind of important, it being a repaint and all. Fortunately, the figure actually delivers quite nicely on that front. The gold parts are all nice and clean, and the changes are very sharp, especially for Hasbro. The various red dots don’t line up with the sculpt (except, obviously, the big central one) but they’re accurate to the design. The arc reactor even has a nice gradient bit going on, which is marred only by the small dash of missing paint at the center. Iron Man gets no accessories for him directly, but he does include the leg of the Hulkbuster, which distracts nicely from the lack of anything else. Seriously, it weighs twice as much as him.

After finding four of the seven figures necessary to complete the Hulkbuster at Walgreens, I ended up splitting a full set of the series (courtesy of Big Bad Toy Store) with my dad. I wouldn’t have ever bought this figure if not for the Hulkbuster piece, but he’s actually not that bad. At the very least, the black/gold combo is sufficiently different from all the other Iron Men Hasbro’s given us, so he sticks out a little on the shelf. 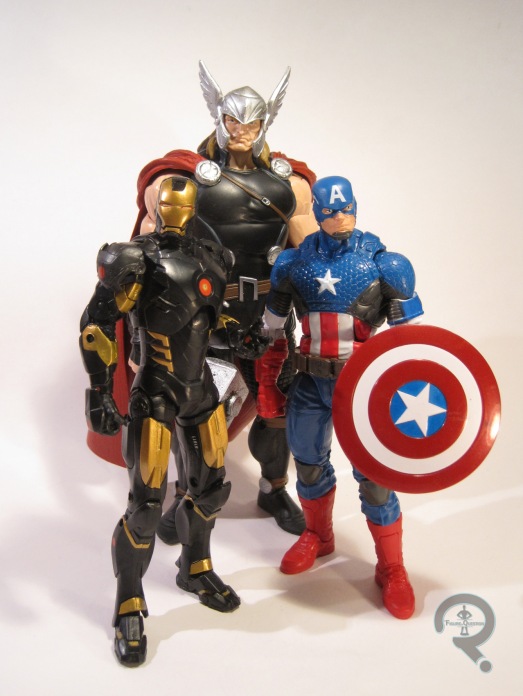