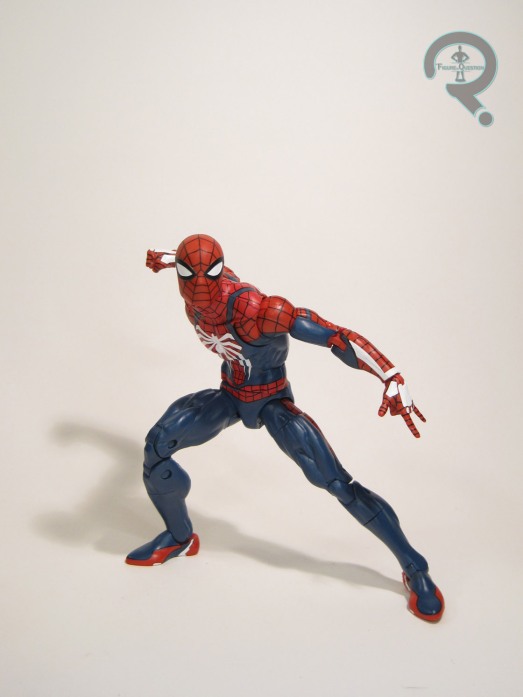 “Now a seasoned Super Hero, Peter Parker has been busy keeping crime off the streets as Spider-Man.  Just as he’s ready to focus on life as Peter, a new villain threatens New York City.  Faced with overwhelming odds and higher stakes, Spider-Man must rise up and be greater.”

I had originally planned to continue the Star Wars thing today, but with the passing of comics-legend Stan Lee yesterday afternoon, I’ve decided to shift focus for the purposes of today’s entry.  I never met Stan Lee, but for 23 of my 26 years, he managed to influence every day of my life, be it directly through his introductory segments during the Marvel Action Hour in the ‘90s and his numerous cameos in all of the Marvel films since, or indirectly through the universe he helped to create, and all the characters he created to populate it, and all of the important messages that he would use them to tell.  The man influenced the lives of a great many people he never even met, and taught a lot of us how to be the best versions of ourselves, while at the same time reminding us that nobody’s perfect, and that’s okay too.  Stan had great power, and he did his very best to use it responsibly.  The creation Stan was always the proudest of was Spider-Man, and so I feel it’s only fitting that in his honor, I take a look at a Spider-Man figure. 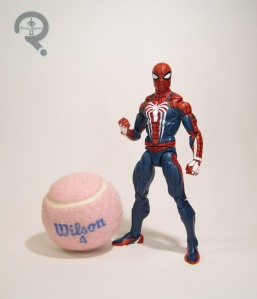 Spider-Man is the inaugural release in the Marvel Legends Gamerverse line, which, as you may have gathered from the name, is a line devoted to the current crop of Marvel video games.  Spidey here is based on his appearance in the recent PS4-exclusive Spider-Man game, which hit just a few months ago.  The figure was initially supposed to hit closer to the game, then was pushed back to December, and then was moved up again.  The important thing is that he actually made it out.  So, yay.  The figure stands 6 1/4 inches tall and he has 34 points of articulation.  He’s built entirely from re-used parts, but Hasbro’s got a substantial enough library that it’s a reasonable way of handling certain figures, this one included.  He’s built on the 2099 body, and makes use of the head from Spider-UK.  Interestingly, this means we have a Peter Parker figure that’s not built from any Peter Parker parts.  The end result is a figure that actually has something of a John Romita Sr-styling to him (I’d love to see this same combo done up in a classic deco), which definitely works for the game’s version of our favorite wall-crawler.  The paintwork for this figure is, of course, its main selling point, since that’s what truly signifies it as a video game Spidey.  The design is nice and distinctive, and the paint is crisply applied and a solid match for the in-game appearance, all while still maintaining the currently running Legends aesthetic. Spidey is packed with two different sets of hands in thwipping poses and fists, as well as a two of the new webline piece we first saw with the House of M Spidey.  It’s a nice selection of extras, especially in light of some of the recent Spidey variants lacking the extra hands and such.

I’ve liked the PS4 Spidey design since it was first shown off, and was definitely hoping for a figure of some sort, so when this guy was announced, I knew I’d want to get one.  Super Awesome Fiancee was nice enough to pre-order him for me through her store, which proved an especially helpful move, since this guy’s proved rather scarce since his release.  Despite being made up totally of re-used parts, this is one of my favorite Spider-Men of recent years.  He’s just an entertaining figure all-around, and a good fit for today’s theme. 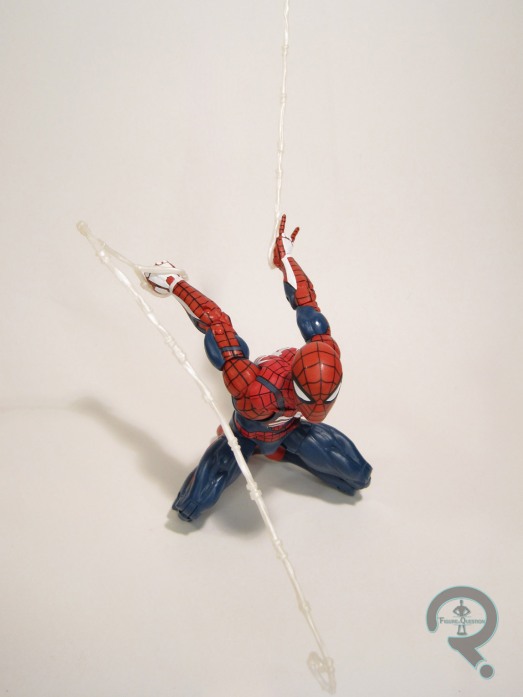