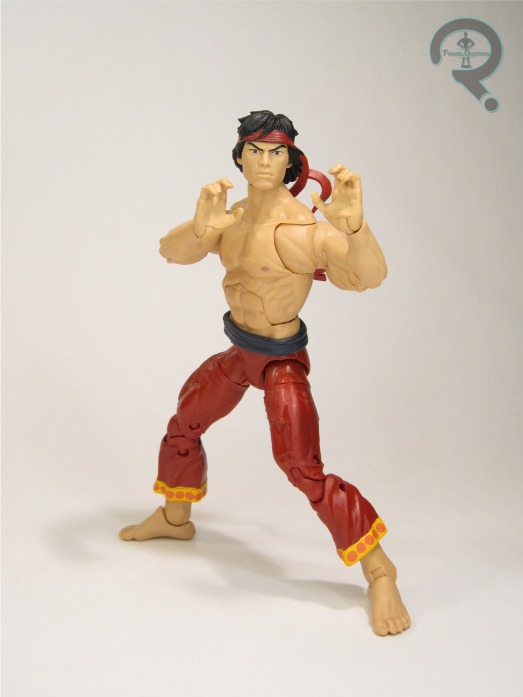 “Shang-Chi is a master of martial arts and a warrior for justice.”

In the ’70s, Marvel was really trying to stay with the times and cash in on what was popular, expanding their comics into new, different horizons, including horror, Blaxploitation, and even kung fu.  Some of these things aged better than others, to be sure.  On the kung fu front, they had two prominent characters: Iron Fist and Shang-Chi.  Though Iron Fist would remain the more commonly known of the two, Shang-Chi has quite an interesting history, being one of a handful of Marvel characters with ties to characters outside of Marvel, since his backstory involved him being the son of Sax Rhomer’s early 20th Century villain Dr. Fu Manchu.  However, when Marvel lost the rights to Fu Manchu, they had to sort of muddy Shang-Chi’s backstory a bit in order to keep him as part of the mainstream universe.  He’s been something of a rising character in the last few years, and he’s slated for his own movie early next year.  Perfect time for an action figure, I’d say. 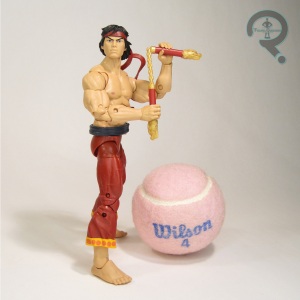 Shang-Chi is part of the Demogoblin Series of Marvel Legends.  Though the assortment is definitely Spider-themed, Shang-Chi follows in the footsteps of the likes of Moon Knight, being a loosely related character packaged in a box that has its own “Master of Kung Fu” branding.  This marks the first time Shang-Chi has been a Marvel Legend, and in fact only his second time getting an action figure; the first one was way back in the Toy Biz 5-inch days.  And he had to share a head with Northstar!  Poor guy!  Shang-Chi has has a number of appearances over the years, mostly centered around the same basic attire; this figure is based on a variant of his original look, sans his gi.  It helps to hammer home the general “this guy’s supposed to be Bruce Lee” nature of the character.  The figure stands 6 1/4 inches tall and he has 32 points of articulation.  Like yesterday’s Ock figure, Shang-Chi is built on the 2099 body, which is a solid choice for the character as far as build and poseability are concerned.  He also gets a rather sizable helping of new parts to help sell the character, including a new head, belt, legs, and feet.  These new parts do a really nice job of not only meshing with the pre-existing parts, but also capturing Shang-Chi’s classic appearance.  I like how the head has a loose resemblance to Bruce Lee, while still being generic enough and stylized enough to fit in with the rest of the comic-based figures in the set.  I also appreciate that it’s not just Northstar’s head, because man would that be embarrassing if it happened twice to the same guy!  My biggest complaint about the figure’s new parts is admittedly something small and minor that unfortunately has some fairly large ramifications on the figure’s fun factor.  For whatever reason, Shang-Chi’s feet don’t have peg holes on the heels like…well pretty much every Legends release ever.  I don’t know if it’s an aesthetics thing or what, but it means that utilizing a third-party display stand to assist with the cool kung fu poses that this figure pretty much begs to be put into isn’t happening.  I *was* able to make due with one of the weird stands that Hasbro’s been packing in with the Black Series exclusives, but it’s not ideal, what with “Star Wars” being stamped on it and all.  I’m just really not sure why Hasbro opted to omit such a standard feature on a character that really needed it.  Shang-Chi’s paint work is fairly basic stuff, but it does what it’s supposed to.  It’s clean, and the color scheme isn’t quite as garish looking as it could have been.  The paintwork is nice and sharp, especially on the face.  Perhaps the best part of this figure by far is the accessory selection.  Following in the steps of the Allfather Series Iron Fist, Shang-Chi includes a whopping five different pairs of hands in all sorts of useful poses, as well two pairs of nun-chucks, and to top it all off, he still gets the torso of the Demogoblin build-a-figure.  That’s quite a package full of extras, and it certainly adds a lot of playability to the figure.

Shang-Chi is one of those characters that I’ve always been aware of, but never had a ton of attachment to (probably because of that goofy 5-inch figure), so he wasn’t exactly high on my want list for Legends.  That being said, it’s not like I was opposed to him getting a figure, especially if it’s a cool one.  Weird issue with the feet aside, this is a very, very cool figure, and offers up a lot of fun options.  I really enjoy the all-in approach on the accessories, and I hope that Hasbro continues this approach for such characters going forward.

Shang-Chi came from my sponsors at All Time Toys.  If you’re looking for Marvel Legends, or other toys both old and new, please check out their website and their eBay storefront.