“Powered by strong electrical currents, Eel uses bursts of electricity to shock his enemies into defeat.”

Oh man, I’m writing another Serpent Society review.  How the heck do I right a good intro to a Serpent Society review?  Let’s check my last one…I went with a B-52s parody.  Great.  Yeah, that’ll go over real well here.  With Eel.  What am I gonna do?  “Eel if you want to, Eel around the world?”  It just doesn’t have the same flair, the same charm.  At this point, I’m really just stalling.  Onto the freaking figure! 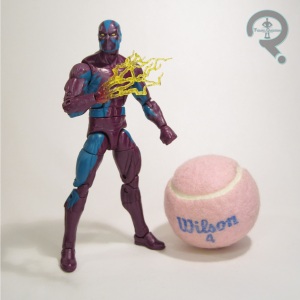 Eel was part of the Abomination Series of Marvel Legends, which was the third assortment meant to tie-in with Civil War.  Of course, Eel himself wasn’t one of the direct tie-ins.  In fact, he’s got probably the loosest tie of them all, since his only real tie is that he was part of the Serpent Society, which Cap fought from time to time.  Eel himself wasn’t originally a Cap villain, though, and in fact started off fighting Daredevil.  No matter who he’s fighting, he’s not exactly a huge threat.  Also?  Not a serpent, but I guess the society’s numbers were low.  The figure stands 6 1/4 inches tall and he has 32 points of articulation.  Eel is one of those characters who earned his spot in Legends through sheer cost-out purposes, because there’s literally not a single new piece on him.  He’s the Bucky Cap body, with Blizzard’s head, and the electricity effect hands from Electro.  Honestly, all of those parts are pretty good, and they’re also pretty accurate, so it’s hard to complain about Hasbro going for the re-use here.  If it works, go for it.  That gives the paint the job of the heavy lifting.  It does fine.  Nothing amazing or super exciting, but he’s accurate to the source material, and he looks suitably distinct from the other figures that use these parts.  Eel’s accessories are a little on the lighter side, but he’s not totally without.  He gets a spare set of normal hands (which, for the record, Electro did not, so he’s a step up there), and the torso of the Abomination Build-A-Figure.

As I noted in my review of the Cap from this set, I was in between jobs when this series hit, and I didn’t really have the funds to throw at the whole set.  Eel being as minor a character as he was, and with me not having picked up Cottonmouth, the other Serpent Society figure released that year, I ended up passing, and I can’t say I really regretted it.  But, when Rock Python was released, I realized I had two of the four Serpent Society figures available, and the other two had just been traded into All Time loose, so it felt like the right time to pick them up, lest they suddenly jump in price while I wasn’t looking.  Eel doesn’t offer much new or different, but he’s still a solid figure, and I’d probably rank him as my second favorite of the Society members we’ve gotten so far.

I purchased Eel from my sponsors over at All Time Toys.  If you’re looking for other Legends or other toys both old and new, please check out their website and their eBay storefront. 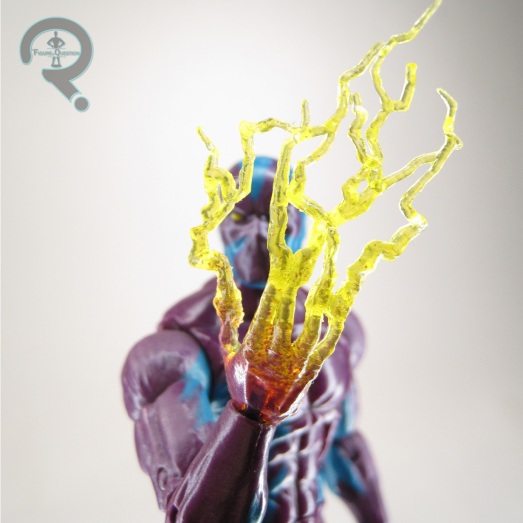