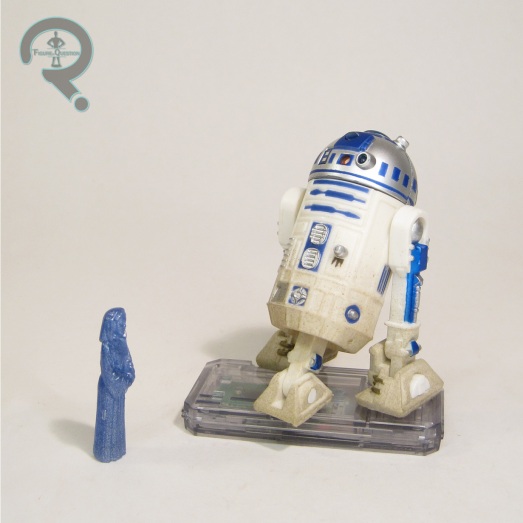 “While repairing his new droid R2-D2, young Luke Skywalker unwittingly short circuits its recording system, causing a holographic image of the young Princess Leia to appear. She implores the help of Obi-Wan Kenobi, and then disappears as quickly as she emerged.”

When Hasbro took full charge of Power of the Force for the line’s final year, they were busy running the Phantom Menace tie-in line right alongside it, resulting in a much smaller assortment of offerings.  In addition, it was a grouping that felt far more like a “best of” assortment than anything, offering mostly revised versions of the franchise’s core characters, with more scene specific accessories that would eventually become Hasbro’s bread and butter for the smaller scale line.  Among these figures was today’s focus, a variant of R2-D2. 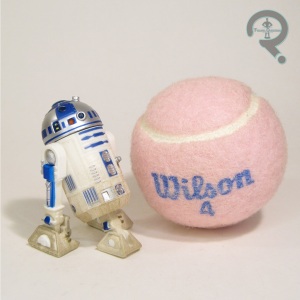 R2-D2 was released in 1999, as part of the first of the two CommTech assortments that wrapped up Power of the Force‘s run.  It was the fourth, and final, standard-release R2 in the line.  The figure stands 3 inches tall and has 6 points of articulation.  He’s notable for being the first R2 to add in the “ankle” articulation on the legs, which would become common place for the line going forward.  It was quite handy for posing him, and meant that he could, for the first time, properly use his third leg function, a function that was added back in here after being removed from the two prior variants.  It’s definitely a cool element.  R2’s sculpt was all-new, and is really the best R2 sculpt to come out of the line.  It’s not leaps and bounds above the others or anything, but it does seem a little sharper, and those extra joints certainly don’t hinder it.  His paint work has some nice light weathering on the lower portion, signifying that he’s a New Hope version of the character, an he’s still all sandy.  Also quite notable is the decision to go with a flat silver paint on the dome, instead of a chromed appearance.  The chromed look was cool, but not actually accurate to the films in the slightest.  This change-over was definitely notable, because it marked Lucasfilm’s licensing relenting on some hard-lined rules for the toys that had been in place since the ’70s, and had been the reason for the chrome on all earlier versions of the character.  R2 was packed with a small holographic figurine of Princess Leia, to showcase his message from her in the first film.  It’s a cool little piece, and one of the better extras for an R2.  He also gets the CommTech stand, for those that care about such things.

As I’ve discussed before, I only felt the need to own one R2 growing up, and that was the first PotF2 figure.  This one just wasn’t in the cards.  However, I’ve been trying to piece together this crazy full set I’m working on, which means picking up all of the various variants.  I gotta say, this R2’s really good.  I have to go back on my last R2 review and say that this one was really the best in the line.

Thanks to my sponsors at All Time Toys for setting me up with this guy.  They’ve got a decent back stock of Power of the Force, and other cool toys both old and new, so please check out their website and their eBay Store. 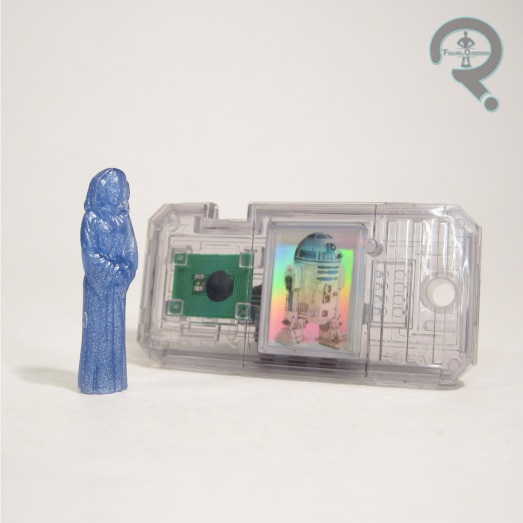