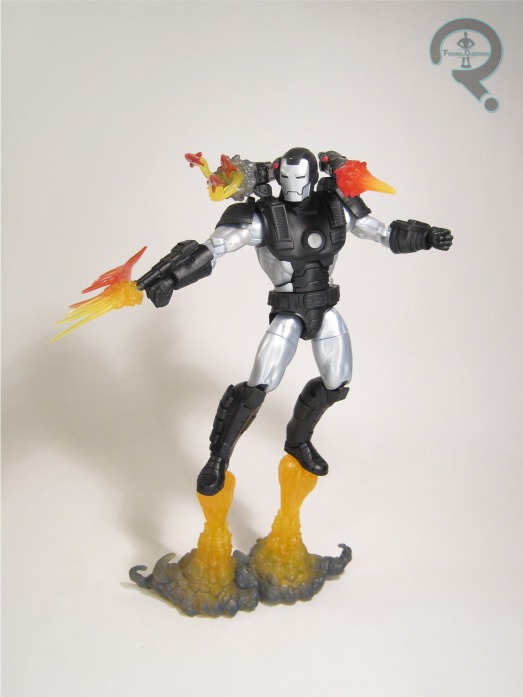 “Colonel James ‘Rhodey’ Rhodes unleashes a torrent of explosive devastation from the air as War Machine.”

In the last few years of Marvel Legends, War Machine’s gotten a fairly decent amount of coverage, but it’s been almost entirely MCU-based coverage, due to the character’s numerous armor upgrades throughout those films.  Our only comics-based War Machine wasn’t actually Rhodey, and was instead a Punisher variant (and a not particularly comics accurate one, at that).  We haven’t actually gotten a proper 616 Rhodey since all the way back in the Toy Biz days, which is quite a gap of time.  Fortunately, Hasbro’s getting into the classic War Machine game with some style with a deluxe release of the character.

War Machine is a standalone Deluxe-sized Marvel Legends offering.  Much like Black Widow and Archangel before him, he’s a standard sized figure with some extra bells and whistles added to justify a slightly higher price point.  This War Machine is based on the second rendition of the armor, which is the first version worn by Rhodey, and certainly one of the looks most associated with the character.  The figure stands 6 1/2 inches tall and he has 36 points of articulation.  Much like the old Toy Biz Legends War Machine, this version of Colonel Rhodes shares a few parts with the most recent Classic Iron Man in the line; he’s still mostly new, but the upper arms and legs are the same.  It’s hard to say they should look different, really, and they’re really well rendered parts anyway.  Plus, this helps to keep the sizing consistent between Iron Man armors.  The new parts, which include the head, torso, pelvis, forearms, hands, lower legs, and feet, are all clean renditions of the War Machine armor as seen in the comics.  There’s a nice geometric layout to them, and their boxy nature accents the sleek classic Iron Man design pretty well.  War Machine’s shoulder-mounted

guns are the things that give most highly articulated versions of the character some trouble.  Hasbro’s prior attempts have all cheated the issue, and not really allowed for proper storage, and even Toy Biz’s old Legends release just had a plug and play set-up.  This one actually manages to pretty much replicate them as seen in the comics, right down to their ability to slide onto his back for storage.  In a perfect world, I’d like them to go back just a touch further than they do, but it’s certainly closer than any prior attempt (at this scale, at least), and I can definitely appreciate that.  War Machine’s paint scheme goes for a pretty stark black (or very dark gun metal grey, I guess) and light silver.  It’s a good look, and certainly helps some of the sculpted elements on the figure really pop out.  As far as actual paint application, there’s not really a ton, but the more basic, clean look works well with this design.  War Machine’s accessory selection is where a lot of the “deluxe” price point comes into play.  He gets an extra unmasked head, the four piece blast-off effect that we saw previously with Iron Man 2020, a missile firing effects piece for the missile launcher, a blast effect for the minigun, and three different effects configurations for the wrist gun: an in-motion shooting set-up, two individual blasts, and two smoking pieces for the barrels.  It’s quite a lot, and when he’s all kitted up, he makes for quite an impressive display.

I like War Machine, or at the very least I like Rhodey as a character.  War Machine’s figures tend to be a little bit hit or miss, and honestly the one I’ve liked the most previously was his old 5″ figure.  Legends are always fun, but something tends to keep them from being properly definitive for the character.  So, I was interested in this guy, but he was definitely a slow burn for me.  In-hand, I’m really impressed with him, and he gives me some serious cartoon vibes.  Now I *really* need a Modular Iron Man update to go with him. 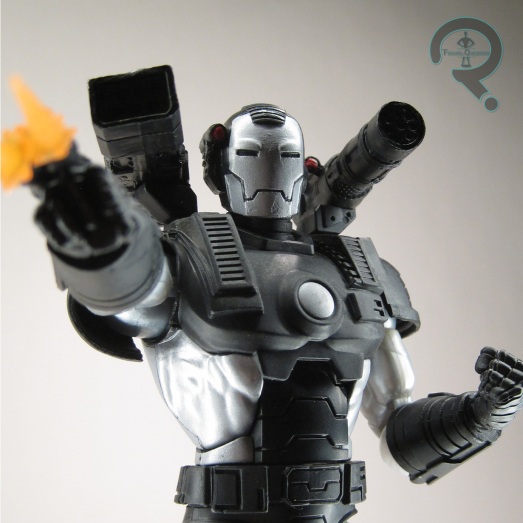