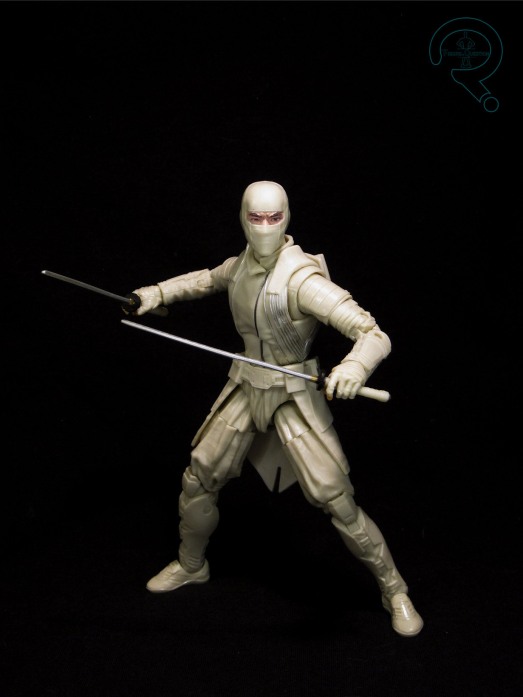 Okay, I ripped off the band-aid yesterday, and discussed the steaming pile of weirdly out of place giant snakes that was Snake Eyes: G.I. Joe Origins. There was a short list of things I liked about the movie.  Storm Shadow was not on that list.  Admittedly, I was a little biased going in, because I felt that Storm Shadow was easily one of the best parts of the previous live action Joe movies, so there’s a higher bar there, but this version really just left me rather cold.  He’s just rather hollow and two dimensional, and generally not a terribly compelling take on a character that really shouldn’t be that hard to make compelling.  Seriously, how do you mess up Storm Shadow?  How!?!  Okay, I’m getting side tracked here.  Look, I’ve just got to get this figure review out of the way, right? 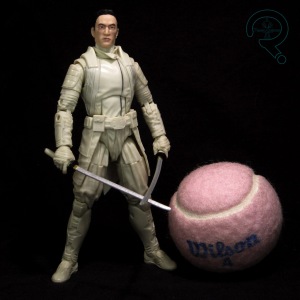 Storm Shadow is figure 17 in the Classified Series line-up.  As I addressed yesterday, the lower numbers showcase how these figures were supposed to come out last year, much like the movie itself.  Storm Shadow’s numbering places him right after Snake Eyes numerically.  He’s also in the first of the two movie assortments.  The figure stands about 6 1/4 inches tall and he has 35 points of articulation.  His articulation scheme is pretty much the same as Snake Eyes, meaning he too is missing the cuts on the shins.  Additionally, his hips are a little restricted by the construction of the skirt piece, and generally the articulation is a little more obvious and rudimentary in its implementation.  Given how sleek the rest of the line’s been with the articulation and how it works into the sculpts, this guy definitely feels like a step back, which is a shame.  That said, he’s another all-new sculpt, based upon Storm Shadow’s fully geared up appearance from the film’s final act.  Unlike Snake Eyes, that means its a look that’s in more than 15 seconds of the film, although I don’t believe he ever actually wears the mask in the movie.  I can’t recall for certain, though, and 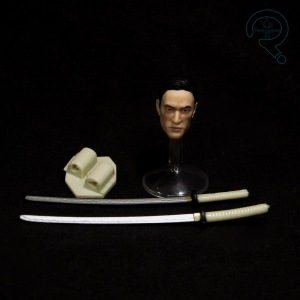 I’m certainly not watching it again to double check.  Generally, it’s not a terrible design.  I don’t like it as much as the earlier movie Storm Shadow look, but it’s workable.  As noted above, the sculpt isn’t quite as strong as others in the line, and in general the design doesn’t really translate well to toy form.  Which, you know, seems like something they should have confirmed before, I don’t know, putting it in a movie that’s entirely toy line driven, don’t you think?  Nah, that’s crazy.  Storm Shadow’s paint work is generally okay.  The suit’s largely an off-white, which is true to the movie, but not as striking as the earlier designs.  Less prone to yellowing, though, I suppose.  The other painted details are generally pretty well handled, though what we can see of his skin on the masked head seems really pink.  Storm Shadow is packed with two swords, a back pack to house them, and an unmasked head.  The head has a solid likeness of Andrew Koji, so I guess that’s okay.  He’s got one less accessory than Snake Eyes, though, which does feel light.

As with Snake Eyes, I got this guy before the movie came out.  We still don’t have a basic Storm Shadow, so I was hoping this guy might work as something of a stand-in.  Ultimately, I wasn’t wowed by the character in the movie, and I don’t think the design works well as a toy, making this guy by far the weakest of this bunch for me.  Much like the movie, I hoped this figure might surprise me, but I was ultimately left kinda cold on him. 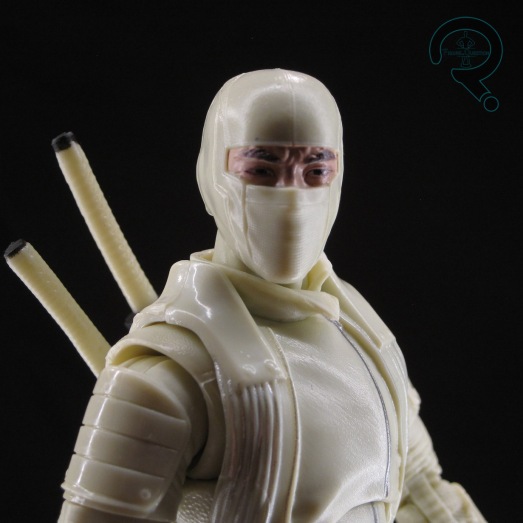