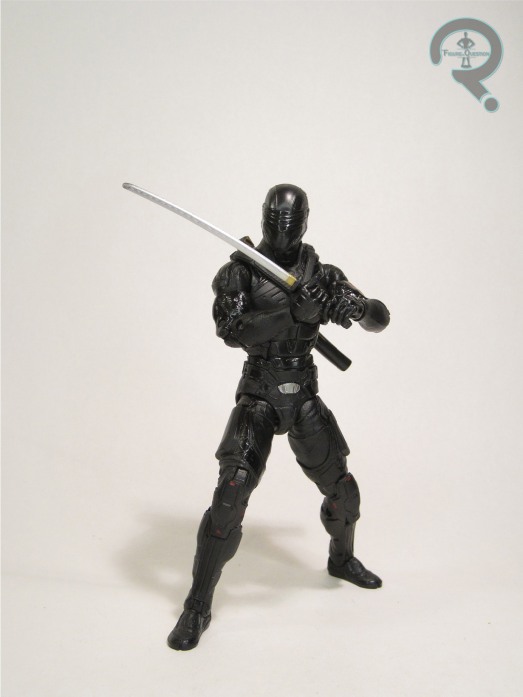 Originally slated for a 2020 release, Snake Eyes: G.I. Joe origins finally hit theaters on July 23rd of this year.  There have been three live action G.I. Joe movies, and the prior two aren’t exactly known for the high praise that follows them (though I do genuinely like Rise of Cobra, and feel that it gets a lot of undeserved hate), so the bar for this one was set pretty low.  Going into it, my only hope was that it wouldn’t be the worst live action G.I. Joe movie.  That’s a reasonable expectation, right?  Well, as it turns out, no, that wasn’t, because Snake Eyes is undoubtedly the worst of the three, and it’s not even that close, if I’m honest.  I can’t say it’s the worst movie-going experience I’ve had, but that’s only because I saw the last Hellboy in the theater, and Snake Eyes was, at least, not quite as bad as that.  But it’s still not great, my guys.  I do have a short list of things that I actually liked about the movie, however, and one of those things was the final Snake Eyes design.  It’s really cool.  Strong design.  Would have been great to see it actually, you know, get used at all, but, well, we didn’t.  Got some toys of it, though.  That’s better than nothing, right? 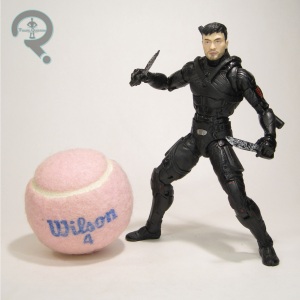 Snake Eyes if figure 16 in the G.I. Joe: Classified Series line-up.  Since the movie was slated for a release last year, Hasbro had presumably already gotten at least some of the work involved with them done, so they’re numbering is quite early in the count, thus explaining the gap that occurred last year in the line-up.  Snake Eyes is the first of the movie figures numerically, and is one of the three figures shipping in the first of the two movie assortments.  The figure stands just over 6 inches tall and he has 35 points of articulation. His articulation scheme is pretty much the same as the standard Classified Snake Eyes, just without the swivels on the shins (which isn’t really that much of a loss anyway.  Getting him posed wasn’t quite as easy on this figure, as the joints were a little tighter and restricted at first, but generally it works out pretty well.  Snake Eyes has a totally unique sculpt, based upon the design that he wears for 15 seconds at the end of the movie.  Sure, it’s not in the movie for long, but it does at least look like something Snake Eyes would wear.  While I still think I prefer the standard Classified figure’s take on a modern Snake

Eyes, this design isn’t a bad one, and the sculpt does a good job of translating it into figure form.  There are a variety of differing textures, which to keep him rather visually interesting.  His paint work is predominantly black, as you would expect, but as with the prior figure, there are differing finishes to the various parts of the outfit, again to keep things more interesting.  He’s also got a few spots of red detailing, including the Arashikage symbol on his arm.  Snake Eyes is packed with an alternate unmasked head, a sword and sheath, and two knives.  An unmasked head on a Snake Eyes is real weird, but it’s to be expected, and it does at least have a passable likeness to Henry Golding, and it’s something different for the character.  The sword and sheath are nice enough pieces that match well with what we see on the screen.  The knives are decent, though I dislike the fact that there’s no storage option for them.  It’s also weird to get a Snake Eyes with no guns, especially when he has molded trigger fingers and everything.

I snagged Snake Eyes and the rest of the first set in the lead up to the movie’s release.  I liked the look of them well enough, and I was really hoping the movie might not be terrible.  I then saw the movie for my birthday, and it was, in fact, terrible, which was a bit of a letdown.  But I already had the figures, so I figured I might as well review them.  This figure’s not a bad Snake Eyes toy, especially removed from the film that spawned it.  Given that the first one is still a little hard to come by, this is a decent back-up.