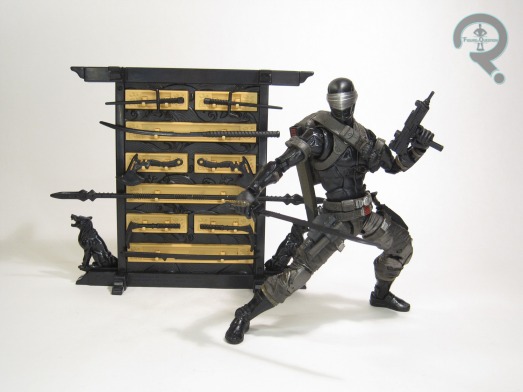 In 2016, after an attempt to revitalize the line with a 50th Anniversary celebration after numerous re-brandings of the core line, the G.I. Joe brand was retired from retail, with its only continuation being in the form of a handful of Collector’s Club exclusives and a one SDCC exclusive from Hasbro that wasn’t even specifically Joe-centered.  In 2018 there were exactly two Collector’s Club-exclusive, and the rest was silence.  With over a year of no new Joe at all, the fanbase kind of folded in on itself, with most of the focus shifting to the old vintage line, because they were desperate to have *something* to buy.  After that year-plus of silence (to the point of even leaving G.I. Joe off of a brand poster that included freaking *Visionaries* of all things), Hasbro went into 2020 with a plan to revitalize Joe again.  The Snake Eyes movie is supposed to be hitting theaters this year, the mobile game was officially launched in January, and Hasbro’s bringing G.I. Joe back to retail in the form of a new 6-inch scale line, much in the style of their Legends, Black Series, and Lightning Collection lines.  So far, we’ve seen most of the first series (which is tentatively hitting in June, but who knows at this point?), and the line has officially been kicked off with a deluxe version of everyone’s favorite ninja-commando-mute, Snake Eyes! 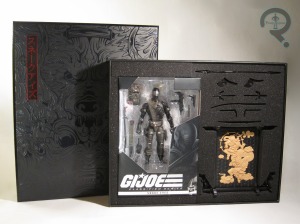 Snake Eyes is figure 00 in the newly launched G.I. Joe: Classified Series.  He was offered exclusively though Hasbro Pulse, and, as the “00” denotes, he’s meant as a preview for the line proper.  The rumor mill is speculating that the core figure of this release will be going to regular retail with the rest of the line, making all of the deluxe-ness the real exclusive part of this one.  Speaking of the deluxe-ness of this release, before I dive into reviewing the actual toy proper, I would like to mention the packaging of this release.  Though I’m not usually all that interested in what my figures get to me in, this release deserves a special mention, because Hasbro’s really gone the extra mile here, with a heavy cardboard construction, and an almost faux-leather exterior.  The intricate design on the front and back of the box is really impressively applied, and said 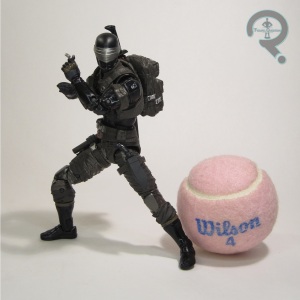 design is also included as a pretty cool print when you open the box.  Inside the box, there’s a foam tray with spots for the core boxed Snake Eyes (in a variation of what will be the line’s standard packaging) and all of the exclusive extras.  It’s one hell of a presentation, and shows that Hasbro’s really invested in the significance of this release.  Alright, we’ve discussed the beauty that is the box, now we tear it open and look at the guy inside.  Snake Eyes stands just shy of 6 1/4 inches tall and he has 37 points of articulation.  Hasbro’s gotten pretty impressive with their articulation on their 6-inch-scale lines as of late, but Snake Eyes takes that to the next level, adding things like butterfly shoulders, a ball-jointed waist, and drop-hips to the equation.  He also fuses the Black Series double-ball-jointed neck design with the Legends hinge joint, which gives the best of both worlds in terms of range.  He’s a very, very posable figure is what I’m getting at here.  However, it’s worth noting that the figure’s sculpt really doesn’t suffer to grant him this posability.  Said sculpt is clearly patterned after Snake’s v2 figure, which is generally considered his most distinctive look, and a good starting point for any new version of the character.  He’s not a straight adaptation of that design, though, as Hasbro is clearly building a new aesthetic for the Joes for this new line.  The broad strokes are all the same.  He’s got the knight-style 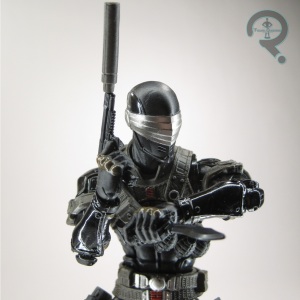 visor, the bandolier with grenades, and all the pouches and straps are in more or less the same spot.  However, when you take a closer look at the smaller details, that’s where the changes come in.  They’ve followed a bit in the footsteps of the movies, giving him a more armored appearance, at least on the head and torso.  Within that set-up, he gets some extra webgear on his shoulders, which is really the only part of this design I’m a little iffy on.  Honestly, I don’t hate it, but I think it stands out a little too much from what’s around it.  I think the fact that I can hone in on one specific thing like that and say it’s slightly off speaks to the sleekness of the rest of the sculpt, though.  I really do appreciate how well they homaged the v2 release with this sculpt.  In terms of the paint, Snake Eyes goes a fair bit more involved than the usual figure of him.  He still keeps things predominantly very dark, but it’s not quite as much straight black.  There’s a lot of variance to the browns, and there’s also some nice change-ups in the finish on the black sections as well, making the different sections look like different materials.  It’s really nicely handled, especially given how easily they could have just left things all-black.  In terms of accessories, there are really two groups with this figure.  Firstly, there’s what is actually included in his smaller box with him.  He gets a sword (which according to Tim is more of a messer than a katanna, and I’m inclined to believe him there), an Uzi, a Beretta m93r with a removable silencer, a knife, a backpack, a sheath for the sword (which can plug either straight into his back or onto the pack), and two extra hands, one holding throwing stars, the other flat.  The Uzi, sword, and backpack do a great job of replicating the v2 figure’s accessories, and the Beretta, knife, and extra hands just accent things further.  Outside of his own packaging, Snake Eyes also gets a whole Dojo wall full of weapons.  The wall itself is a nice piece in its own right, and its got spots for the 2 sai, 2 axes, 2 kama, spear, long sword, and katana included alongside it in the box.  Snake Eyes can use these extra weapons if you like, or they make for a pretty killer display behind him.

I got a slight heads up that a 6-inch Joe line was coming, so I was pretty eagerly awaiting its arrival.  Once this guy was shown off, I knew I needed one.  Max was kind enough to let me use his Pulse account so that we could both order one, meaning I got in on the ground floor with this guy.  And then I got him literally the day everything started shutting down around here, so I’ve gotten a lot of time to mess with him.  I love this figure.  I love this figure so much.  This is pretty much everything I wanted out of this line, and I’m really excited for the rest of the line to hit so that this guy can have some companions.  Until then, he’ll just have to face off against my Fortnite Havoc figure that’s totally not just a 6-inch Firefly. 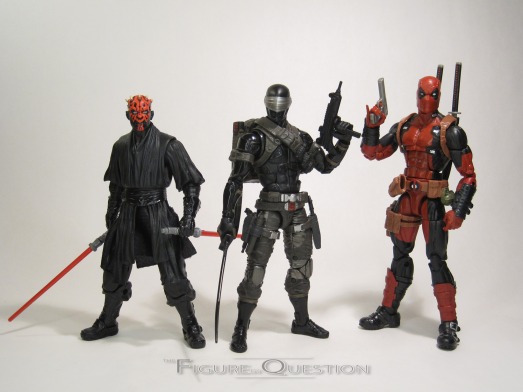