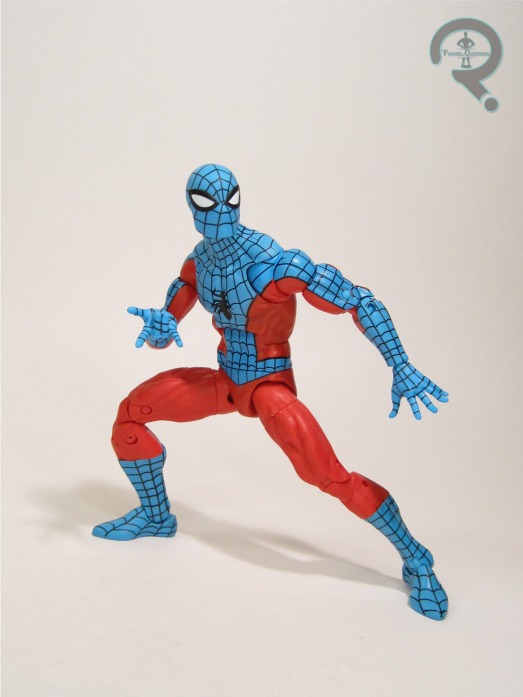 “A product of Dr. Doom’s Twin Machine, Web-Man is the opposite of Spider-Man in every way.”

And hey, we’re right back to the Marvel Legends.  Seriously, I hope you guys aren’t expecting a prolonged break from Legends soon, because I’m legitimately booked up through the new year with these suckers.  I blame Hasbro.  And also myself.  I did buy them all, after all.  Before I delve into the rest of this week’s very timely movie-themed Spider-Man figures, I’m going to first take a small detour into Spider-Man’s very first live-action adaptation, courtesy of The Electric Company.  The Electric Company had a live-action segment, “Spidey Super Stories,” which was itself the subject of its own adaptation in comic form back at Marvel.  Spidey Super Stories ran 57 issues, with all sorts of slightly more specifically kid-aimed stories.  In issue 25 of the series, Spidey faced off against Dr Doom and his Twin Machine, leading to the creation of Web-Man, Spidey’s opposite in every way.  Fortunately for our hero, this opposite set-up proved quite helpful in defeating Web-Man, since the opposite of Spidey being a genius made Web-Man a blithering idiot.  You know, for kids!  The most outrageous thing about all of this is that it all ends with Web-Man getting an honest to god action figure 44 years after that first appearance.  I certainly wouldn’t have put money on it.

Web-Man is a one-off Fan Channel release under the Retro Collection sub-line of Marvel Legends.  He started showing up at retail about a month or so ago.  The figure stands 6 1/4 inches tall and he has 34 points of articulation.  Curiously, despite being in the Retro line, which had its own updated Spidey last year, Web-Man is yet another case of Spidey variant that *doesn’t* make use of the updated parts at all.  Instead, he’s using the ANAD 2099 and Spider-UK head combo that we saw on the first Gamerverse Spidey.  It’s certainly not a bad combo at all, and it matches up well with the mid-70s Spidey look, but it’s admittedly kind of funny that Web-Man, whose whole thing is being a copy, isn’t actually a copy of the standard Spidey from the same

line.  In fact, he’s not a copy of any standard Spidey, since this exact combo of parts is still yet to be used for basic color scheme Spidey.  Speaking of color scheme, that’s this guy’s whole selling point, since he’s got a reverse color set-up.  It generally works pretty well, although, again, we’ve not actually gotten a Spidey with this specific shade of blue.  It matches the comics design, though, so I get why they went with it.  Web-Man is packed with three sets of hands, which I’m very happy about, because I get bummed out every time we get a Spidey variant without the full range.  Yay for the full range of hands.

Web-Man’s one of those rather goofy concepts that you never expect to see, at least not released in any explicit sense.  Like, maybe a one-off Spidey variant in some toyline might swap the colors for a laugh, but they’re not gonna actually call him Web-Man, right?  But, well, then they did, and now here we are.  He’s a very simple figure, with a very basic premise, but he actually does it quite well, and I’m honestly all about it. 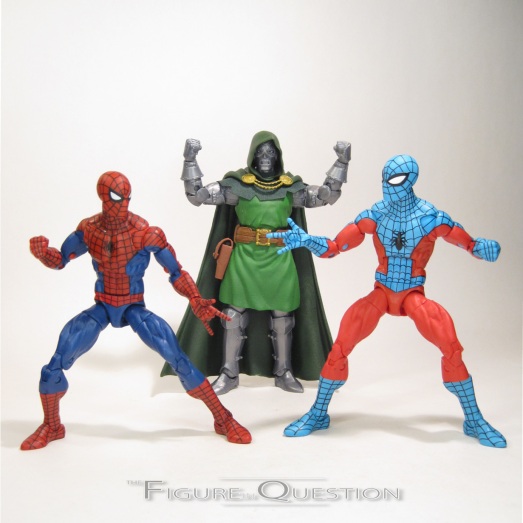