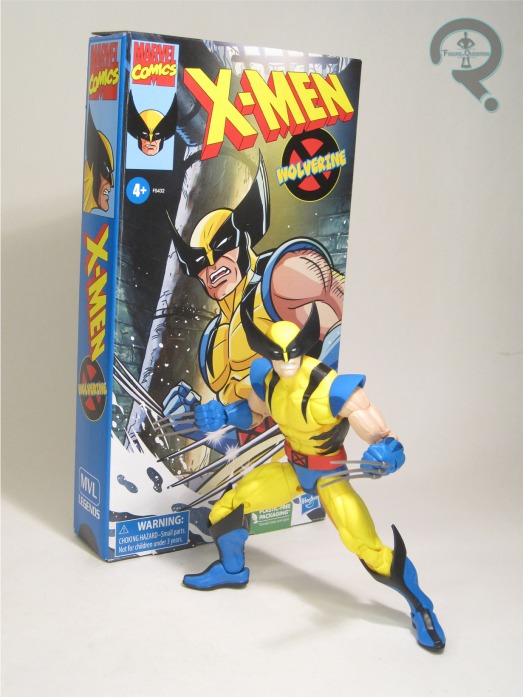 “His adamantium claws slash through steel. His mutant healing ability mends even the worst wounds. He’s Wolverine, the best at what he does – and what he does best is fight evil Mutants!”

Did you know that the scientific name for wolverine means “glutton”? That’s your fun FiQ fact for this tiger-stripe Wolverine review!

The 1990s X-Men cartoon never got a direct tie-in line of toys at the time of its release, instead making do with a comic-based line with similar enough figures to pass.  In the almost thirty years since, we’ve still not gotten any direct tie-ins, but, hey, times change.  Mondo had initially dipped a toe in the waters with a 1/6 Wolverine, but before that one made its way to market, Hasbro jumped straight on in with a whole line of 6-inch figures with a more direct basis.  Kicking things off is the character that’s unquestionably the center of the cartoon, and the basis of the fun FiQ fact, Wolverine!

Wolverine is the first figure in Hasbro’s X-Men: The Animated Series sub-line of Marvel Legends.  While there have been figures based on the same basic designs in the past, these figures are more directly patterned on the animation models from the show.  To further highlight this fact, the figure is even packaged in a box that is made to look like a VHS tape, much like the ones put out for the show back in the ’90s.  It’s honestly a pretty nifty set-up, and a rather clever way of getting into the plastic-free packaging for the line.  I open everything anyway, but I’m actually going to keep these ones, because I like them that much.  The figure stands just under 6 inches tall and he has 34 points of articulation.  Largely, this figure makes use of the line’s standard Tiger Stripe Wolverine figure’s sculpt, which certainly makes a lot of sense.  In order to keep him more animation styled, he gets two new heads, a slightly tweaked set of shoulder pads, and new hands.  The two new heads are both solid recreations of the slightly wider design of the

cartoon mask, and the two heads give him the option of calm and angry expressions.  I really dig the option, as well as the new look.  I was always a bit iffy on the prior Tiger Stripe Wolverine head, so I see this one as quite an improvement.  The shoulder pads are about the same, just slightly thinner.  The new hands get fancy new claws, which are a bit larger and more shaped than prior versions.  They were a little warped out of the package, but otherwise I really like them.  Wolverine’s paint work is laid out to replicate the cel-shading of the cartoon, something that it does surprisingly well.  I was a little worried that it was gonna look odd from certain angles, but it’s more versatile than I’d expected.  Wolverine is packed with a spare set of gripping hands without the claws, as well as a picture frame with a picture of Scott and Jean in it, as seen in the show, and also a metric ton of memes.  The picture is even removable from the frame, so you can swap in your own photos, for further meme-ing.

X-Men: The Animated Series was incredibly formative for me as a kid, and has remained one of my favorites from my youth.  I was very tempted by the Mondo figure when it was shown off, but I wasn’t sure about dropping that kind of money.  These ones are much more my speed.  I have plenty of Wolverines, but this one does enough different to make him feel really worthwhile.  Thus far, I’m in for at least all the team members from this line, if not a few others as they crop up. 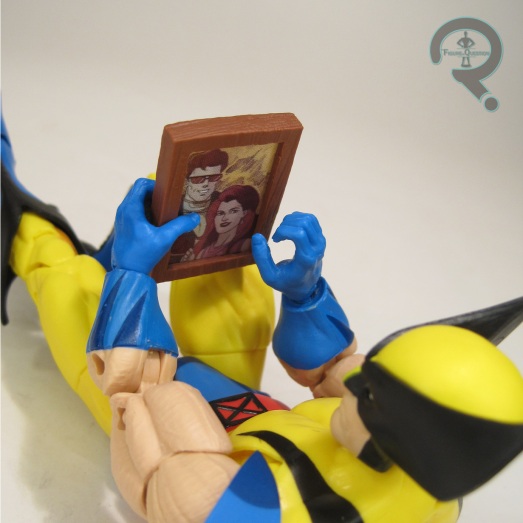