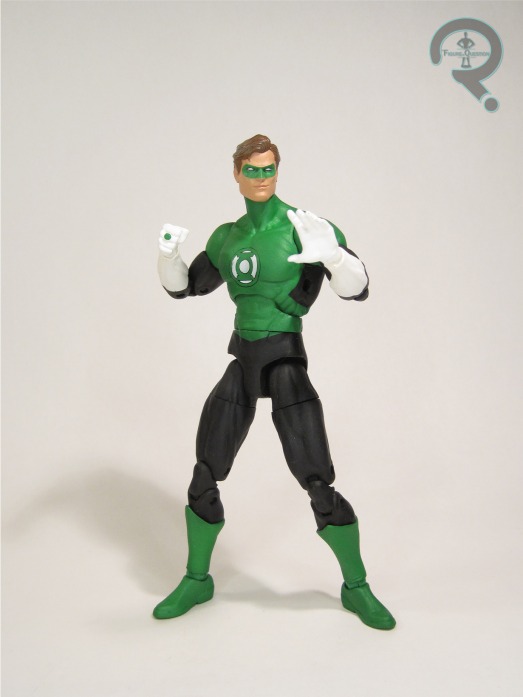 So I totally neglected to review anything green for St Patrick’s Day….for like seven years running.  Look, it’s not one of the one’s I really mention.  In fact, I’m only bringing any of this up because I happen to actually be writing today’s review *on* St Patrick’s Day, and, well, it’s Green Lantern, who’s…well, green.  Also, writing this particular intro spares you all from having to read another “I’m a glutton for punishment because I keep buying toys from lines that have wronged me before” intro.  Aren’t you happy to have missed that? 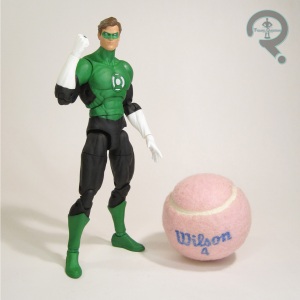 Green Lantern is figure 19 in the DC Essentials line-up, heading off his assortment, which hit right after the New Year.  Like Nightwing, he was one of the earlier figures to be shown off, but it took a while for him to be slotted into the line-up.  For this assortment, he was paired off with a Sinestro figure, which makes sense.  GL is seen here sporting the same basic look he’s kept since after Green Lantern: Rebirth, though this one does take something of a more modern bend.  The figure stands 7 inches tall and he has 34 points of articulation.  He gets a new head, hands, and shins, and the rest is…well, the rest is the basic Essentials body, for better or for worse.  Okay, it’s kinda for worse, if I’m honest…but I’ll get to that.  The new parts aren’t bad on their own.  In particular, the head is quite a nice piece, and I like it more than DC Collectibles’ last attempt at Hal.  I like that this one’s got some personality to it.  The problem I have with it is how poorly it fits the body it’s sitting on.  It’s a little too small, and it definitely sits too high on the neck.  It shouldn’t be this hard, guys; you’ve had 18 previous figures to get this scaling of the parts down.  At least the hands are a nice combo, though as with all of these figures, I wish he had a few more to choose from.  The shins just give his boots actual raised edges, which, hey, at least they didn’t screw up something this simple.  GL’s paintwork is…fine.  Like, it does what it’s supposed to, but it also raises some pre-existing issues with the sculpt.  The way the split works on the forearms for the gloves just really exaggerates how bad those overly-long arms look.  Seriously, how have they not fixed those?  How do you leave something that glaring uncorrected on every figure in the line?  You be DCC, I guess.  Hal includes no accessories because, I mean, there’s no easy accessories you can give to Green Lantern, right?  What could you possibly include with a Green Lantern figure?  Do any items that might be “essential” for a Green LANTERN figure come to mind?  No?  Well, not for DCC, anyway.

I’ll admit, this was moment of weakness on my part.  I’ve gotten prior Essentials figures, and I know what’s up there.  But I was at my comic store, and there was this new Green Lantern figure that I didn’t have, and….well, I kinda caved.  I then got home, opened him up and kinda regretted it a bit.  It’s really those damned arms.  I’ve hated them since the start, and they just feel like they’re even worse here.  It’s not helping that the last Essentials figure I picked up actually fixed the issue, making its return even more frustrating because they CLEARLY KNOW IT’S A PROBLEM!  Ultimately, the figure’s not the worst thing ever.  Honestly there’s a lot of him that’s genuinely good, but it’s all hidden behind the albatross that’s hung around the line’s neck since the very beginning. 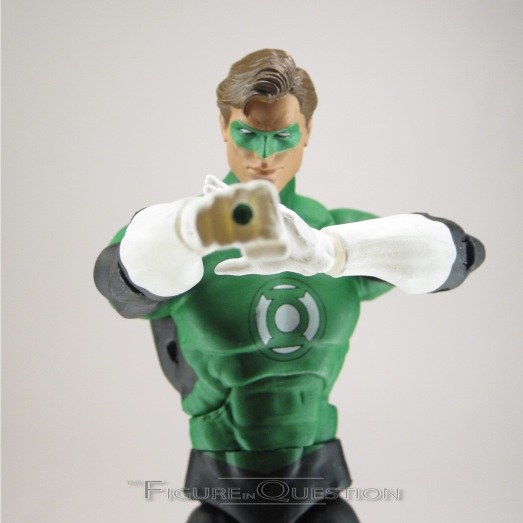