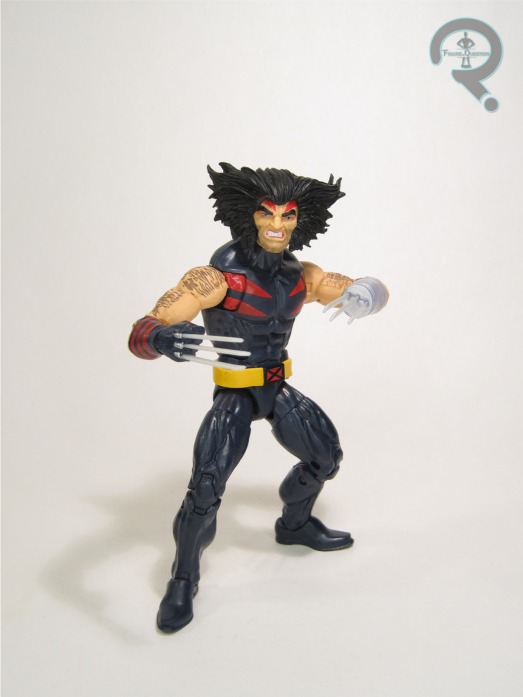 And we’re jumping back into the Age of Apocalypse fray.  We last left off with a figure that didn’t fill me with much enthusiasm, and we’re picking up with…another one of those.  Yeah, it’s a Wolverine episode, guys.  Oh, wait, I’m sorry…Age of Apocalypse…it’s a Weapon X episode, guys.  While others around him got new backgrounds and personalities, Logan more or less remained the same in AoA, apart from not being “Wolverine” and being down a hand.  Not that either of those ended up making much of a difference.  I guess it helps justify the toy, though. 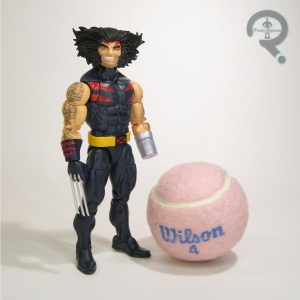 Weapon X is figure 5 in the Sugar Man Series, which seems surprisingly late in the number scheme for a Wolverine, but, well, I guess he’s not a Wolverine, is he?  By the way, if you guys think that joke’s going away, you’re sadly mistaken.  That joke’s here to stay, unlike the Wolverine name…or Logan’s hand…or self-respect.  This marks the third time as Legends figure for AoA Logan, but given that the last one was during the Toy Biz days, an update feels like a good call.  The figure stands 6 inches tall and he has 32 points of articulation.  Like most Logans these days, he’s built on the body from the Juggernaut Series Wolverine, with the cleaned up shins from Weapon X and a new head and forearms.  Essentially, it’s just a pretty straight update on the old figure in terms of part re-use, since that one was also built on its era’s brown costume body.  The new head’s definitely the star attraction here.  Logan’s hair got crazier and crazier as we got further into the ’90s, and in AoA it was at almost peak craziness.  That’s translated here, as this guy’s got one hell of a mane on him.  It puts all other Wolverine hair to shame, really.  How much hair gel do you think he has to use to

get that all to stay in place?  I bet it’s a lot.  Like, obscene amounts.  And in a post-apocalyptic setting no less.  The intensity of the hair is matched only by the intensity of his facial expression.  This guy’s definitely feeling a need to show all of those teeth he’s got, in just the most intense way possible.  On the new forearms front, the right one’s not too different from previous releases, but the left of course gives us Logan’s stump, albeit with his claws extended from it.  The paint work on this guy is generally pretty decent.  The basics are all pretty sharp and clean, and they’ve done a respectable job handling the stubble and his arm hair.  He’s also got his signature forehead tattoos, which beg the question of how exactly does Logan manage to get tattoos?  Seems like too much thought for a ’90s comic, I suppose.  Weapon X is packed with a spare stump without the claws extended, thereby allowing for his appearance from earlier in the story, as well as one of Sugar Man’s legs.  It’s too bad we couldn’t also get an alternate burned head to fully replicate all of the looks from the two Toy Biz offerings.  That would have helped to up this figure’s appeal a little bit.

THE ME HALF OF EQUATION

I owned the Toy Biz Weapon X.  I sold the Toy Biz Weapon X (well, okay, not the burned head variant).  I didn’t really miss the Toy Biz Weapon X.  I can’t say I really felt the need for a new and improved version either.  But, I was getting the rest of the set, and I’m kind of doing this completist thing with the line, so I guess I wasn’t missing him, was I?  He’s fine.  Better than I expected, honestly.  It’s just that the AoA version of Logan isn’t really as exciting as other characters.  But, it’s not like we were going to ever get this assortment without him, so I guess it could be worse.

Thanks to my sponsors over at All Time Toys for setting me up with this figure to review.  If you’re looking for Marvel Legends, or other toys both old and new, please check out their website and their eBay storefront. 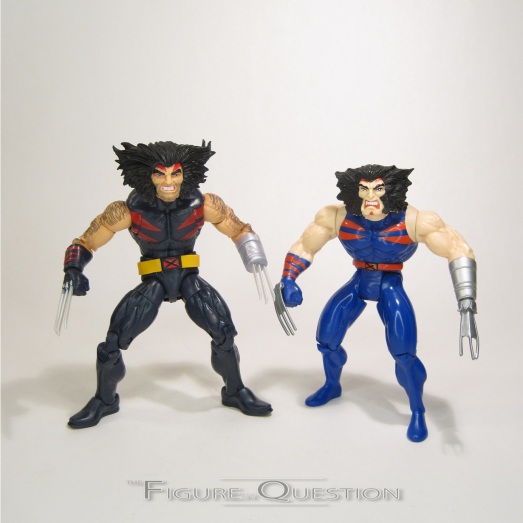