Seven Years.  Well, on one hand, I’d like to say these yearly wrap-ups feel like they’re coming at me faster and faster, but on the other hand, it’s hard to say that 2020 in particular has gone by all that quickly.  Truly it’s been a doozy of a year.  Last year, I passed my personal milestone of reaching my original “end goal” for the site, and the year before that I hit five years.  This year doesn’t carry anything quite as special with it, I suppose, at least from the reviewing side.  On the personal side, it’s been a year full of a lot of change, but I’m hardly alone on that front.  But enough of being introspective, let’s talk about my two favorite things: toys and stats!

Over the course of the last 366 days, I’ve written over 272,000 words about 458 figures and 6 vehicles.  That’s a lot of toys and a lot of words.  Additionally, I had three more lovely fill-ins from my Super Awesome Wife, plus a proper guest review from her as well.

This year, the site’s views climbed up to a cumulative total of over 360,000, over 80,000 of those coming from this year, surpassing even last year’s heightened stats.  I picked up 32 more followers, bringing the total to a resounding 230.   I had 36 comments, excluding those made by yours truly.

“And what exactly were you reviewing?” a made up reader that seems to think surprisingly like only me, the writer, asks!  Well, breaking it down by franchises, Marvel come out on top with 127 review,  Star Wars was following close behind 91, and DC marks a distant third with 30 (just barely beating out last year’s number three, Transformers, which had 29). Looking at toy lines proper, Marvel Legends was unsurprisingly top dog with 80 reviews, followed by a gap and then The Black Series at 40, and then Minimates close us out with 27.  By virtue of being the primary manufacturer of the top two entries in both of the last two categories, Hasbro again takes the number one spot for manufacturers, with 211 reviews, more than half my total.  Second place is an astounding 173 reviews behind, and, again, not even in business anymore, because it’s Kenner with 38.   DST clings to its top three spot with 26 reviews.  As of today, I have reviewed 57.8% of my collection.  I’m making a dent!

Once again, this year I’d like to acknowledge some of my favorite review subjects of the year.  I thought not letting the list be all Hasbro was hard last year.  It was much harder this year.  Boy do they have my number.  Here’s my top 5! 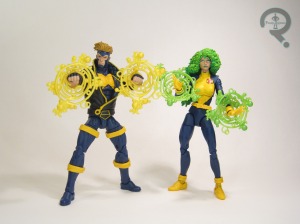 Bomber Jacket Havok is my absolute favorite design for one of my absolute favorite characters, and I was so thrilled when he was dropped into the Legends line-up.  One of my very favorite pieces from a line that’s always at the top of my list.  Polaris may not have been the star herself, but she was no slouch either.

I never in a million years expected to have Lanard toys anywhere on this list, or really even on the site at all, but here we are.  Their Aliens line was generally just passable, if better than expected, but their Alien Queen stole the show, and has got to be just one of the most fun toys to come out of the last year.

The relaunch of G.I. Joe wound up being a big piece of the year, for me and just collecting in general.  There’s been a lot of not so fun elements to it, but the first Snake Eyes figure was just bliss for me, and set the tone right for the rest of the line. 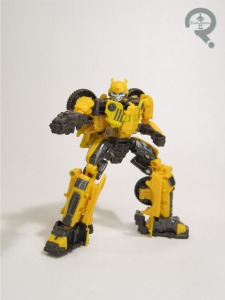 I love Jeeps and I’ve come to really love me some Transformers in the last year.  This just puts those two things together, and makes it one of my favorite pieces from the Transformers I looked at.

Coming so close to Mattel’s own run with this license, I didn’t give much thought to Hasbro’s own stab at Ghostbusters, but they turned in some really good figures in their first assortment, and Egon was the best by far.  That likeness is really killer.

I had trouble really honing in on just one of these to focus, so they’re all getting a little bit of focus here.  While there’s nothing here that’s truly ground-breaking or revolutionary about Spin Master’s DC stuff, the pure toyetic nature of it really just made for some cleanly fun figures that I’m really intrigued to see continue on.

The insanity got to me again this year and I got nostalgic for the Day of the Vipers thing I pulled off back in 2018.  Plus, I had a good excuse with all these Wolverines I’d found.  Digging back into the Toy Biz stuff full force was a real treat for me, and really reinvigorated my appreciation for the line, as well as my desire to keep reviewing it.  Perhaps this is a gimmick I’ll roll out again at some point…if I lose my mind again…

Thanks again to all my faithful readers who have stuck by me through all my crazy ramblings, and thanks to all of those who have joined me along the way.  I couldn’t do this without you guys!  Here’s to another five years!

That’s pretty much it…