“Spider-Man’s Negative Zone suit allows him to absorb the Negative Zone’s dark energy and even merge with shadows. By doing so, the wall crawler becomes practically invisible, which gives him a major advantage against his enemies.”

Last fall, Hasbro leaned pretty heavily into the retro carded style for Marvel Legends, specifically for their Spider-Man sub-section of the line.  There was a dedicated assortment of figures, as well as a handful of one-offs and exclusives.  Target got themselves two different variants on Spidey himself for their exclusives.  I looked at Cyborg Spider-Man last year, but I never got around to the other one, Negative Zone Spider-Man, who I’ll be taking a look at today. 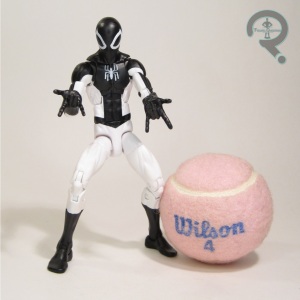 Negative Zone Spider-Man was released at the tail end of November of last year, alongside Gambit, Rogue, and Cyborg Spider-Man, as a small set of Target-exclusive Retro Collection offerings for Hasbro’s Marvel Legends line.  Like Cyborg Spider-Man, this is the Negative Zone suit’s third time in toy form, also following a Toy Biz 5 inch figure and a Minimate, just like Cyborg.  The figure stands 6 1/4 inches tall and he has 32 points of articulation.  The figure is a total repaint of Pizza Spidey.  It’s an interesting choice, really.  I don’t dislike Pizza Spidey in the slightest, and it was the standard Spidey for several years, but I find it funny that Hasbro tooled up a new standard Spidey for this very sub-line, and yet none of the variants on Spidey made use of the new parts.  Maybe they felt Negative Zone should be a 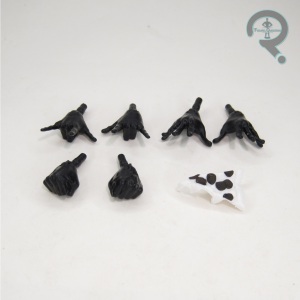 skinnier Spider-Man?  Like I said, I don’t mind so much, but it is curious.  It’s all paint that makes the difference here.  He’s in a stark all black and white, as is accurate for the design, and it does look pretty sharp, I must say.  I just dig the sleekness, and the Pizza Spidey body emphasizes that.  Also something that excites me is the accessory selection, because for the first time in far too long, we get a Pizza Spidey release that actually gets the full range of hands.  How about that?  Boy how I missed the full range of hands.  He also gets the pizza, but in Negative Zone colors, which is pretty fun.  No half-masked head for eating the pizza, but I’ll learn to live with it, I suppose.

Neither of the Spidey variants from this round were essential to me, as I was far more focused on Gambit and Rogue at the time.  Target was running that “Buy 2 get 1 Free” sale at the time that they dropped them, and the only reason I really got Cyborg over this one was that this one wasn’t in stock at the moment I was ordering.  I saw him once or twice in-store, but I wasn’t in a rush.  I wound up getting him finally when one got traded into All Time.  I know, it’s quite a thrilling story, right?  Well, I guess more a touch thrilling than “I bought it at Target.”  I didn’t think much of the figure, but he’s actually pretty fun, and I’m glad I finally snagged one. 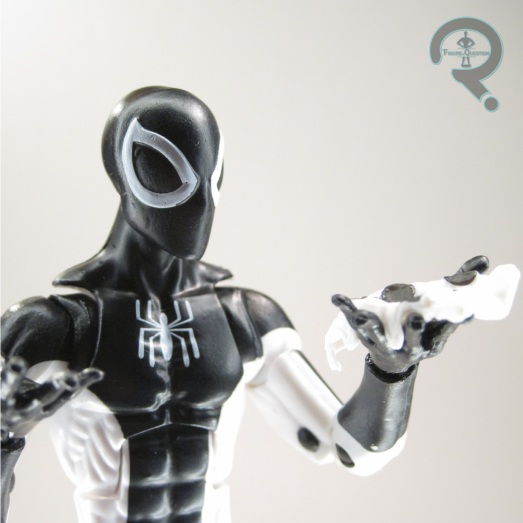