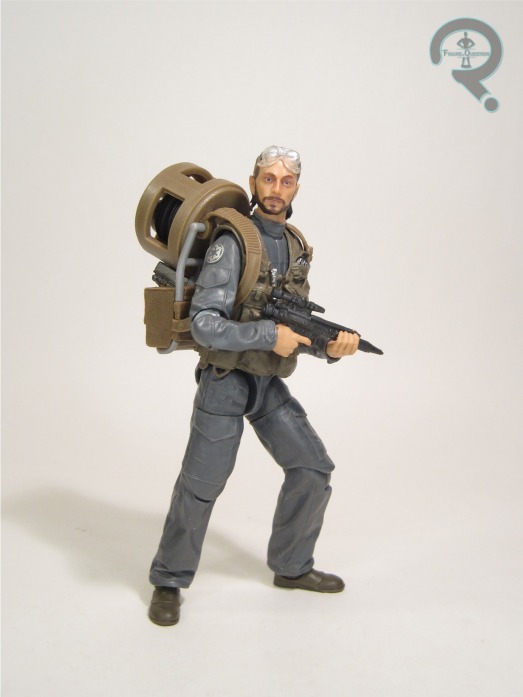 “A former Imperial pilot, Bodhi has strong piloting and technical skills that he will put to use for the Rebellion.  Ever practical, but highly anxious, Bodhi must gather his courage to bring the battle to the Empire.”

When Hasbro launched Phase IV of The Black Series, in addition to a selection of new figures, they also devoted a whole sub-series to re-releasing and completing the core cast of Star Wars: Rebels.  We got a Zeb to finish out the team, but we also got the rest of the team, with the earliest of them updated to the new face-print styling that has become the standard for the line.  It was a pretty successful venture, so Hasbro has set their sites on another unfinished cast, namely the crew from Rogue One.  Conspicuously absent from the Black Series line-up was poor old Bodhi, a key character to the whole plan to smuggle out the Death Star plans in the first place.  How could you leave him out?  It’s unreasonable, darn you!  Well, it’s okay, because just like Zeb got his long overdue release, so did Bodhi, and I’m taking a look at it today! 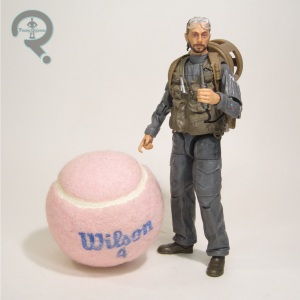 Bodhi Rook is figure 6 in the Rogue One set of Black Series figures.  Of the main line releases in the set, Bodhi marks the one truly new figure, since he’d not had a prior release, as brought up earlier in the review.  The figure stands 5 3/4 inches tall and he has 30 points of articulation.  Bodhi’s articulation scheme is on par with the most recent of the Black Series releases.  It’s got a really solid range of motion, especially on the elbows and knees, and he’s even got the butterfly movement on his shoulders, which adds a lot to the poses you can get out of him.  Bodhi’s sculpt is an all-new offering, as expected, and it’s a really strong one.  The likeness on the head is a pretty spot-on match for Riz Ahmed in the role, and they even do a respectable job of making his hair appropriately scraggly.  The googles are a separate piece, but glued in place.  Still, it means that, unlike the smaller figure, they’re actually clear like in the movie.  The body sculpt is really scrawny and gaunt, as he should be, and helps him to stand out from the others.  His vest is a separate

overlay.  It’s not removable like it was on the smaller figure, but it still adds some extra depth to everything.  Bodhi’s paint work is okay, if not the greatest.  The face is certainly the best part, since it’s got the printing.  There’s some misalignment on the hair paint, so he looks like he’s got a few bald spots.  It’s at least on the sides, so it’s not super obvious.  The work on the Imperial insignias is decent, and all of his pens are properly painted too, but the vest winds up lacking a bunch of the details on the buckles and clips, so it’s just largely an unpainted clump of brown.  Just a little bit more detailing would definitely go a long way.  Bodhi is packed with a small Rebel blaster, as well as his cable pack from the end of the movie.  The pack is a pretty impressive piece, complete with a full spool of wire, which can even be wound and unwound.  It’s a really cool piece, and helps the figure feel a lot better accessorized than a lot of other Black Series releases.

I really liked Bodhi as a character, and I ewas always really bummed that he never got a Black Series figure back with the others.  It was part of why I never bothered with the rest of them outside of the core three.  I was definitely really excited when this guy was announced, and even more so to get him in hand.  He turned out really, really well.  The updates to the line have benefited him well and the end result is honestly the nicest of the whole Rogue One team.